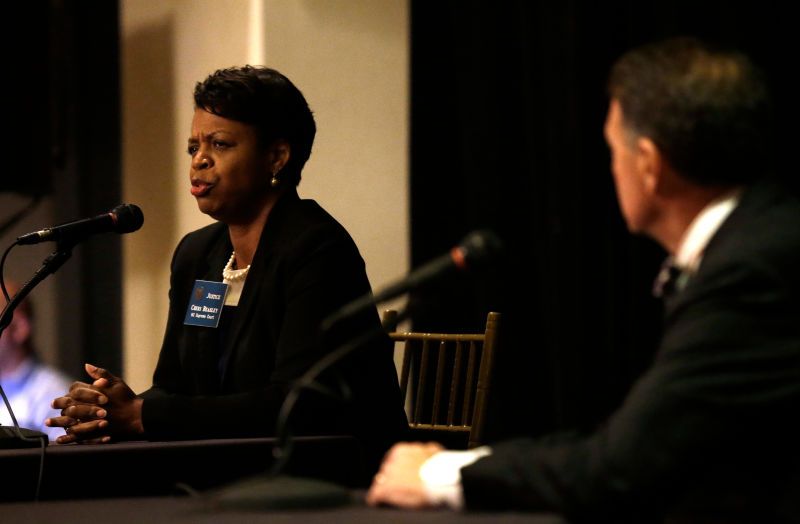 By: Anne Braigin, The Root

North Carolina’s first Black woman to serve as the state’s chief justice is still fighting for her seat as a recount begins in a race where only 406 votes separate Supreme Court Justice Cheri Beasley from her challenger, Justice Paul Newby, after nearly 5.4 million votes were cast.

As Slate outlines, the race could have major implications for the future of racial justice in North Carolina, and with Newby employing racist dog-whistling during the campaign, it could also be a telling snapshot of the electorate in the battleground state.

Newby, a white male Republican, has attacked Beasley and Justice Anita Earls, another Black woman, as being judicial activists. Under Beasley, the North Carolina Supreme Court has tackled a number of crucial racial justice issues, including systemic racism in death row sentences, voting rights and grappling with the state’s Confederate history.

“If Newby wins, his victory will be a major setback for racial justice in North Carolina,” writes Slate.

But the race is about more than a difference of opinion and philosophy between two justices. Newby has made his attacks against Beasley pointed and personal—his very decision to run for her seat marking a substantial break from the norm. From Slate:

When Chief Justice Mark Martin stepped down in 2019, Gov. Roy Cooper selected Beasley to replace him, creating a 6–1 liberal majority. Cooper’s decision angered Newby, who believed he was entitled to the chief justiceship as the most senior member of the court. Newby then took the unusual step of challenging Beasley in 2020, running for her position rather than seeking to keep his own seat.

Newby has lashed out at Beasley repeatedly since the perceived slight. In one dissent, he asserted that the high court’s three Black justices “may have a larger purpose: to establish that our criminal justice system is seriously—and perhaps irredeemably—infected by racial discrimination” and accused them of “legislating changes in the law from the bench”—an incendiary claim often lobbed at liberal justices from conservatives.

The judge carried that same tenor to his 2020 campaign, regularly conflating Earls and Beasley, the only Black women on the court, Slate observed.

“Imagine seven AOCs on the state Supreme Court,” he said at a campaign event this year in a reference to New York Congresswoman Alexandria Ocasio-Cortez.

He appeared to take a page or two out of Donald Trump’s playbook, stating at one point, “if we’re as bad as the other side says we are, I will buy you a ticket to leave. I mean, just leave.”

“You’ve got freedom here in America to leave. We don’t build laws to keep you in,” he continued. “We ought to have a wall to keep you out if you’re trying to get here illegally.”

What that had to do with either Beasley or Earls is anyone’s guess.