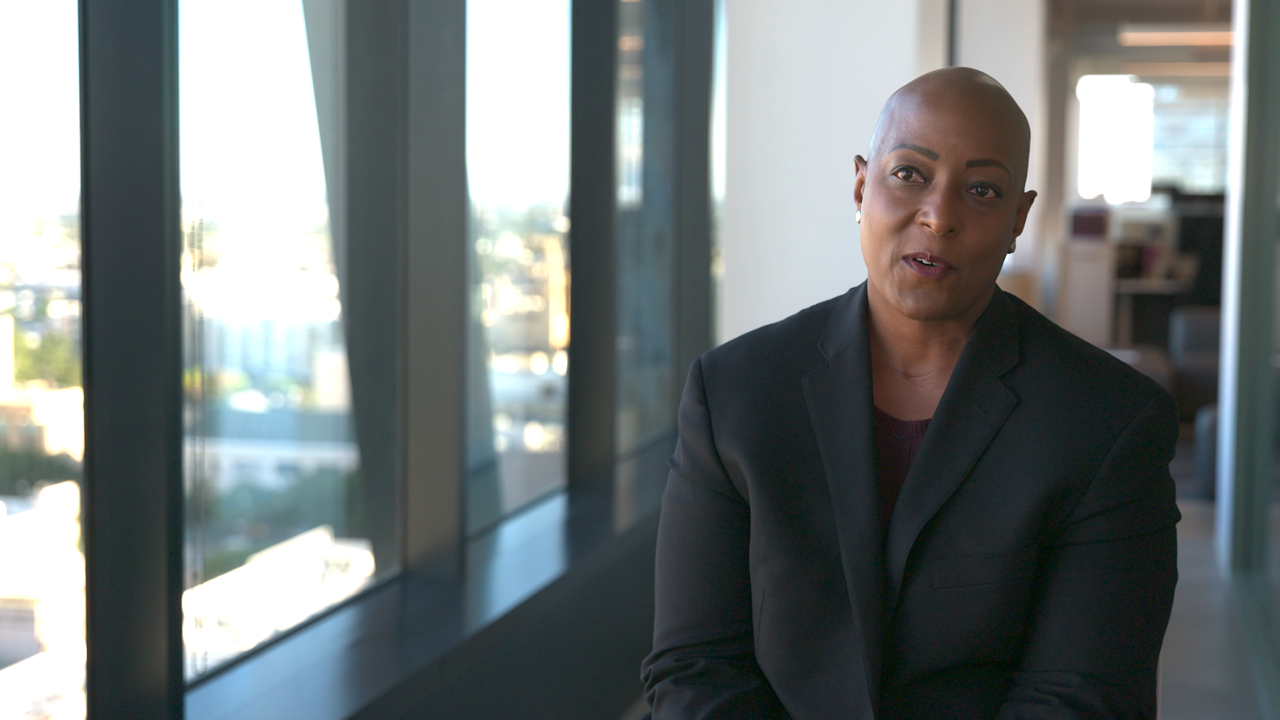 Aaliyah Muhammad is a member of the civil rights group All of Us or None and a pillar of her community in Sacramento. She works tirelessly to help the homeless population along Market Street, a thoroughfare in the Sacramento County community of Walnut Grove.

She also is a mother to a son suffering from severe mental illness.

Muhammad fears that she might be the one thing standing between her son and a life on the streets.

“He told them one day he didn’t want their services anymore and so they stopped coming and that’s when he started going downhill,” Muhammad said of the social workers who were handling his case. “But I feel that they shouldn’t have just quit. They should have tried to talk with him or find some other group that he might work with.”

For many Californians this is not an unfamiliar story. For a lot of families with homeless relatives – or loved ones on the verge of becoming unhoused – it is that one intervention or strategic assistance at the right time that prevented that person battling mental illness or other life challenges from losing their stable housing.

About 161,548 people in the state experience homelessness on any given day, according to the U.S. Department of Housing and Urban Development (HUD). The Stanford Institute for Economic Policy Research (SIEPR) reports the number of homeless people in the state increased 42% from 2014 to 2020.

About 25% of the adult homeless population in Los Angeles County deal with severe mental health issues according to a report from the Los Angeles Homeless Services Authority.

According to a survey conducted by the California Health Care Foundation, 43% of the Black Californians interviewed reported that someone close to them has experienced homelessness – a rate much higher than any other racial group in the survey.

La Tina Jackson, a licensed clinical social worker and a deputy with the L.A. County Department of Mental Health, explained that a person can become homeless due to struggles with severe mental illness and vice versa.

“A person with severe mental illness may experience delusions or hallucinations that might result in bizarre, irrational, impulsive, or disorganized behavior. In a minority of cases, even aggressive behavior,” Jackson said.

Alex Visotyzky, Senior California Policy Fellow at the National Alliance to End Homelessness, claims that this crisis has been decades in the making.

“We’ve seen the federal government slowly, over the last 50 years, disinvest from affordable housing in major ways,” he said.

The Lanterman-Petris-Short (LPS) Act of 1967 was signed into law by Gov. Ronald Reagan to provide guidelines for handling involuntary civil

commitment of individuals to mental health institutions in the State of California. Its intent was to move away from locked mental institutions in favor of more community-based treatment.

Jackson – who, much like Muhammad, is intimately familiar with the subject of mental illness in her own personal life – claims that while the legislation was born from the best intentions, the LPS Act has not worked as well in practice.

Visotyzky argues that the LPS Act led to a lack of adequate investments due to the lack of alternatives. The LPS Act resulted in many individuals being released from state hospitals to live in the community.

In the 1980s, under Pres. Reagan there was a disinvestment from the health care systems most American families relied on to provide care and shelter for mentally challenged relatives or those dealing with other behavioral issues. It came in the form of the Mental Health Systems Act of 1980 (MHSA), according to Vonya Quarles, the Executive Director of Starting Over Inc.

“That shut down mental health facilities and led to the increase in the prison system.” Quarles said.

In the last couple of years California announced a $3 billion investment to provide affordable housing options and services for those suffering from severe mental illness or substance abuse issues.

This included funds for the Community Assistance, Recovery, and Empowerment (CARE) Act – or Senate Bill (SB) 1338 – which is designed to provide several points of intervention and alternatives before facing more severe outcomes.

The CARE Act includes Care Court, which aims to divert homeless people with severe mental illness away from correctional facilities in favor of mandatory treatment.

“CARE Court has the potential to change the lives of thousands of families across the state,” said Harold Turner, Executive Director of the National Alliance on Mental Illness (NAMI) Urban Los Angeles. “Organizations like NAMI urgently need this support so we can quickly begin helping our loved ones who are struggling with untreated mental and behavioral issues.”

While Care Court has its fair share of criticisms, Muhammad believes that this program is exactly what her son needs.

Muhammad continues to work for those who are not as fortunate while her son is being treated through the Care program in the Napa State Hospital.

“We’ll all go pick up dinners and take them to different encampments and pass them out,” she said. “We hand them all out. We never come back with any dinner.”