Home > Statewide > Make Room, Gas and Food: Insurance Payments Might Go Up, Too

Make Room, Gas and Food: Insurance Payments Might Go Up, Too 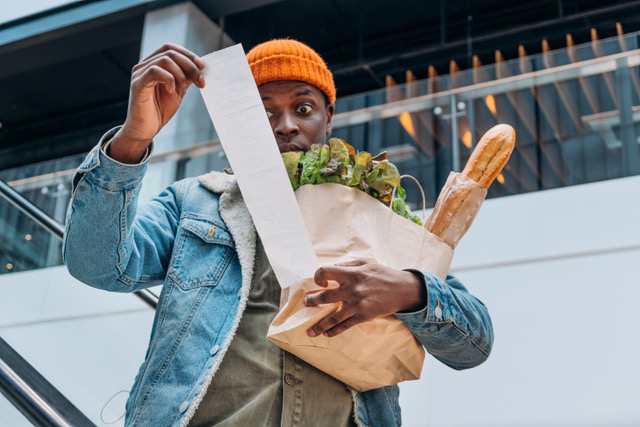 As gas and food prices continue to shoot up at a rapid clip, Californians might be hit with sticker shock from another bill that skyrockets later this year: their health insurance premiums.

According to officials at Covered California, monthly premiums for insurance coverage could jump by as much as 100% — or an average of about $70 — for more than 2 million Californians if federal government subsidies provided by the American Rescue Plan are allowed to expire at the end of 2022.

An estimated total of 14 million Americans could be affected by the price increase.

“The American Plan built on the Affordable Care Act and provided more financial help than ever before to help people get covered and stay covered largely in response to the pandemic,” said Peter V. Lee, former Executive Director of Covered California.

Lee was speaking during a press briefing held earlier this month to inform the public about what he sees as an impending crisis if the federal government does not take action.

As a sidenote during that virtual meeting, Lee announced that he was stepping down from Covered California.

Lee said funds the federal government currently provides to states to help lower health care premiums for Americans led to record numbers in enrollment across the country, including about 1.8 million new signups in California.

The largest increases in enrollment in California were among African Americans and Latinos.

About 90% of Covered California enrollees have received discounts on their premiums through the program.

“The American Rescue Plan increased affordability by paying a bigger share of consumers’ monthly premiums. As a result, the portion that consumers pay dropped significantly by 23 % nationally and 20 % here in California,” said Lee.

“Those are big drops. That meant that two-thirds of our consumers were eligible for a plan that cost $10 or less,”

Lee continued. “For a lower income consumer, low cost is a critical ingredient for getting and keeping coverage.”

Lee said nearly $3 billion from the American Rescue plan allowed California to subsidize the insurance costs of more middle-income people. The eligibility window expanded to include Californians earning up to $52,000 as a single person or $106,000 as a family of four.

Before help from the American Rescue Plan kicked in there were hundreds of thousands of Americans paying up to 30 % of their income for insurance, according to Covered California.

If the federal supplement expires, “those who can least afford it would be hit the hardest,” warned lee.

Lee says the program is helping more middle-income people than ever before.

“In California today, about one out of 10 of our subsidized enrollees earn above 400% of the poverty level. They are getting financial help that is needed and meaningful,” said Lee. “Without the extension of the American Rescue Plan, those gains would be wiped away

and consumers would be faced with staggering cost increases.”

Lee says if the federal subsidies expire, the loss of funding will also hurt people who do not qualify for the subsidies and pay for insurance at market rates.

For Californians earning more than $52,000 a year, their premiums could increase by an average of more than $270 per month or nearly $3,000 annually.

“As people drop their coverage, the rising premiums would be felt by everyone. When you price people out of coverage, people that drop coverage first are healthy people. If you’re sicker, you keep your coverage,” said Lee.

“What does that mean? If the American Rescue Plans subsidies are not continued, we are very likely to see a premium spike. As health plans say, ‘next year will be the year we have fewer insured people, they are going to be sicker on average, we are going to have to boost our premiums,’” Lee emphasized.

If the U.S. Congress does not act to make the subsidies permanent – or at least to extend them — Californians will first see the new increased amount of their monthly premiums in the fall when they receive their renewal notices for 2023.