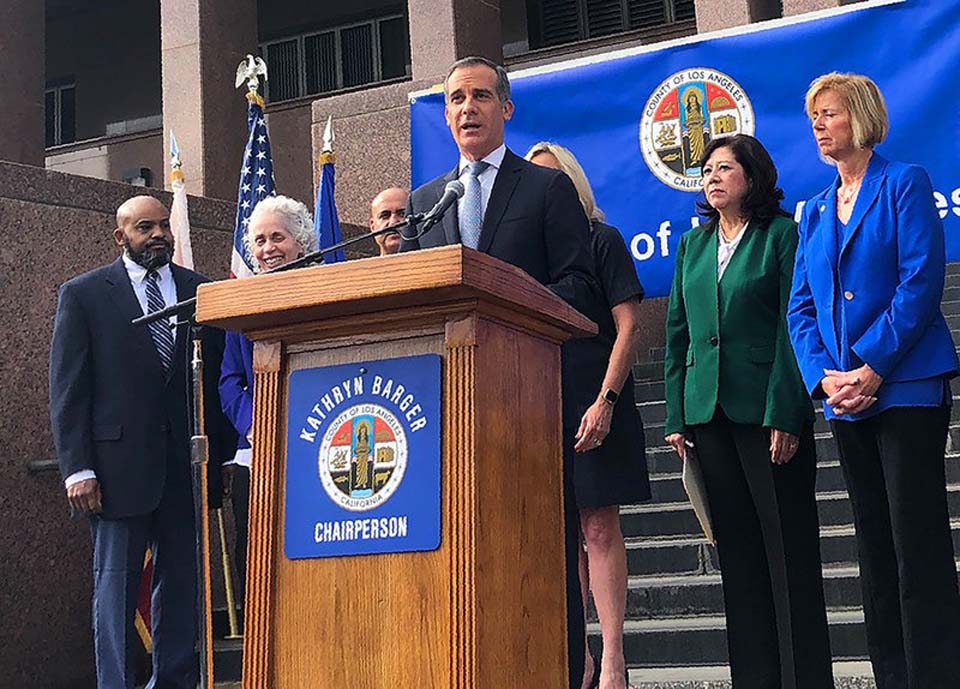 Los Angeles, CA (AP) — Six new cases of the coronavirus have been confirmed in Los Angeles County, where there was one previously, officials said Wednesday.

All of the cases confirmed Tuesday night were due to a known exposure and not the result of so-called community transmission, Dr. Barbara Ferrer, director of the county Department of Public Health, told a press conference.

One person was hospitalized and five others were in self-quarantine at home, she said. Officials have tested more than two dozen people for the virus since January and most tests came back negative.

Statewide, more than 50 people have tested positive for COVID-19, including several who got it through community transmission, according to the California Department of Public Health. More than 500 people have been tested for the virus.

Symptoms of COVID-19 can include fever, runny nose, cough and breathing trouble. Most develop only mild disease. But some people, usually those with other medical complications, develop more severe symptoms, including pneumonia, which can be fatal.

In all, more than 94,000 people have contracted the virus worldwide, according to the World Health Organization, with more than 3,200 deaths. WHO reports that the COVID-19 virus is more fatal than the common flu.

Ferrer said LA County health officials expect more cases to be confirmed in the future and have increased the county’s capacity to test at a local laboratory.

The cases were from throughout the county, she said, but did not provide specific locations.

The county’s first case was in January and involved a person who lived in Wuhan, China. That person is no longer infectious.

Regarding the new cases, Ferrer said three of those who tested positive were travelers together in northern Italy, two were family members who had close contact with another family member who previously tested positive for the virus and the sixth patient had a job that exposed that person to travelers.

Officials in Los Angeles County and the city have signed proclamations of local emergencies to aid efforts to respond to the virus and free up resources. Authorities are also assisting shelters to prevent transmission of the virus in the homeless population.

“This is not a response rooted in panic,” Los Angeles County Supervisor Kathryn Barger said.