Home > Arts & Entertainment > ‘I’ve Become a Bit More Confident in Who I Am’: Issa Rae Talks Life After Insecure for Variety

‘I’ve Become a Bit More Confident in Who I Am’: Issa Rae Talks Life After Insecure for Variety 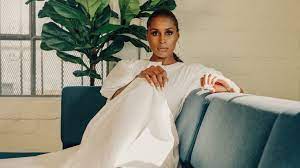 If there’s one person whose rise to fame I’ve loved being a witness to, it’s Issa Rae.

From her creative prowess to her effortless ability to light up a screen with authenticity, style, and natural humor, Issa Rae continues to be a fierce force in the industry—and it doesn’t look like her reign is about to let up.

Covering the latest issue of Variety, Rae expounds on her plans post-Insecure—most of which can be summed up to leaving a larger imprint both in and outside of Hollywood. A part of doing that will no doubt come from her overall deal with WarnerMedia, which she just re-upped to the tune of $40 million over 5 years. This gives “HBO, HBO Max and Warner Bros. television exclusive rights to Rae’s work in television, plus a first-look film deal that spans WarnerMedia brands, including Warner Bros. Pictures Group, New Line and HBO Max.”

Speaking on the long-term implications of deals like this, Rae explained:

“It’s about rooting our place within this industry, establishing longevity, building the platforms, because I’ve seen it all disappear. I’ve seen us be hot. I’ve seen us be a trend for years, and it’s frustrating to know what we’re capable of but then constantly see it be ripped from under us because we don’t have the control. Someone like Tyler Perry is definitely a role model. To see what he’s done in such a short amount of time — what he’s built and what he’s trying to build actively—is amazing to me. I think more of us need to do that, and we’re inspired because he can and he did.”

She added, “What feels different about this time is that it feels more up to me about what to do. It’s in my hands, and in some ways, that’s what makes it the most scary,” she says. “There’s always going to be gatekeepers, but it feels like the gate is a bit more open, and I get to decide where to go on my own.”

Perhaps a large part of that decision-making stems from having the heart to not only believe in yourself but to believe in your vision as well, regardless of whether or not you can see its full impact in the beginning stages. “I’ve become a bit more confident in who I am, the decisions that I want to make and the place that I want to have in this industry,” Rae expressed. “Do I feel supremely confident that I’m going to get there? I have my moments of doubt, but I’m so focused and I’m so intentional, and I think that that stems from the early days of shooting Insecure.”

And speaking of Insecure, she’s not the only one getting to the money lately. Per The Hollywood Reporter, fellow co-star Y’lan Noel (aka Daniel) has secured the lead role in Lee Daniels’ upcoming FX series adaptation of The Spook Who Sat by the Door.

Originally adapted for film in 1973, the new drama series will tell “the fictional story of Dan Freeman, the first African American CIA officer hired by the agency in the late 1960s. The story chronicles the quest of Freeman, who was recruited as part of an affirmative-action program. After a very competitive selection process, he trains in high-level combat and espionage. However, following this arduous training, this model recruit is rewarded with a post in the reprographics, aka photocopying, department, ‘left by the door’ as a token of the CIA’s ‘racial equality.’”

The latest issue of Variety is currently out now.