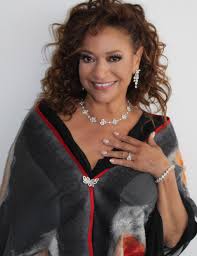 By: Tonja Renee Stidhum, The Root

In the 1980s TV series Fame, Debbie Allen, as Lydia Grant, famously implored her dance students to start paying the cost of fame in sweat. Years later, that energy is still present and accounted for in the real life of the actress, dancer, choreographer, director, producer and all-around entertainer.

She also has energy for health awareness, especially these days. On Feb. 4, Allen shared publicly that she had been diagnosed with pre-diabetes.

“I don’t ever want my health to take a back seat. I learned that from an early age, as my dad, grandfather, aunts and uncle all had type 2 diabetes (T2D). Despite dancing and being careful about my diet, I was recently diagnosed with pre-diabetes. I learned that T2D is a risk factor for chronic kidney disease (CKD),” she wrote on her Instagram page at the time.

Partnering with the National Kidney Foundation and Bayer, Allen decided to use her platform as an advocate for health awareness, especially as it pertains to the Black community. Launched in March 2020, the “Are You the 33%” national public awareness campaign was launched to bring awareness to the fact that 1 in 3 American adults are at risk for developing CKD.

Opening up about her own personal story certainly added another layer to Allen’s participation in the campaign. She recently sat down with The Root to unpack the prevalence of diabetes and CKD awareness. The conversation was perfectly timed during Black History Month because like most health epidemics in America, Black folks have been hit harder.

Having just spoken with Allen during the holidays while she promoted Dolly Parton’s Christmas On The Square (which she directed) and her doc Dance Dreams: Hot Chocolate Nutcracker, our Zoom interview was a reunion of sorts. As Allen popped up in our virtual meeting room, the press coordinator shrieked at how beautiful she looks—the glow was notable. “Chile, no one looks great this early in the morning,” Allen replied with a chuckle, thanking her. “You pull it off, though!” I retorted, right before noting how great it was to speak with her again, especially about something so important.

Just like Allen, diabetes is all too familiar in my family. One may look at someone as active as Allen (I highly recommend her virtual dance classes on Instagram Live, by the way!) and wonder how something like this could happen to her—but genetics are something else! For folks like her and me, there is an extra layer of caution to be implemented.

“Immediately, I had to check my diet and my level of exercise,” Allen said. “I’m so active, but I have to say, COVID shut us all down. I started cooking a lot of very elaborate meals to keep my family happy, especially my husband [former NBA star Norm Nixon], making new cocktails every day. Just too much. Too much. Because it runs in my family, I’ve always been on the lookout for it.”

“[There] was no such initiative in my dad’s day or my uncle’s or my grandfather’s [day], they didn’t have access to this information. Information is power,” Allen added, referring to the “Are You the 33%?” campaign.

“With 33 percent of all adults in the United States at risk for developing kidney disease, it’s like saying 1 out of every 3 dancers, like Debbie Allen, in a performance is at risk,” Dr. Joseph Vassalotti, M.D., Chief Medical Officer, National Kidney Foundation said in a press release sent to The Root. “We urgently need to transform understanding risk into action to protect kidney health. With Debbie’s personal story and advocacy, we want to help the millions of Americans who have type 2 diabetes—those at highest risk for developing kidney disease—by talking to their doctor to learn if testing and other treatments are right for them.”

As Allen is a werking director in TV and film, I wondered how she manages her upgraded health lifestyle during those long days on set. Those of us who have been on a set before are intimately aware of the many tempting treats from craft services (aka “crafty”) and catering.

“Well, I don’t have those end-of-the-day chocolates,” she told The Root. “I stopped doing that. I just don’t go [over there]. And when I do go, I’ll eat maybe some fruit, like watermelon or a little pineapple—not have anything sugary.” Allen also noted she does intermittent fasting and told me that her son upgraded her fitness life by getting her a trainer.

Of course, not everyone is financially able to do that, so Allen suggests being creative and flexible with how you incorporate physical activity in your day, such as running up and down a flight of stairs. Overall, Allen urges us all to take that minute to consider your kidney—it can end up saving your life. It’s literally self-care.

“Take the moment,” Allen continued. “That’s something that I had to do, especially because I’m always the last on my list. I have my mom who is ninety-seven, God bless, and I’ve got two children—I have a whole family. [I have] Grey’s Anatomy and my whole family at Debbie Allen Dance Academy. I have a lot of people that I am overseeing, looking after, taking care of and I have to make sure I put myself at the top of the list a couple of times a week.”

Word. Allen is certainly on the list of revered icons in the Black community—when we think of “giving them their flowers,” she’s certainly a recipient. Lovingly referred to as “Ms. Debbie Allen” out of respect (it’s a whole thing—it’s even her Twitter name!) I say to her, “I’m glad you are taking care of yourself because we love you and you are important to us and the culture.”

She smiled and thanked me, calling me “Ms. Tonja,” and we parted Zoom-meeting ways for the time being…while Ms. Debbie Allen went on to dance (and sweat!) for another day…

For more information about the “Are You the 33%?” awareness campaign, including taking a one-minute risk assessment quiz in order to gauge whether you should follow-up with your doctor to get tested for CKD—which is “a simple urine test,” Allen stressed—please visit MinuteForYourKidneys.org.