Home > Business > How Child-like Dreams Can Lead to Business Success

How Child-like Dreams Can Lead to Business Success 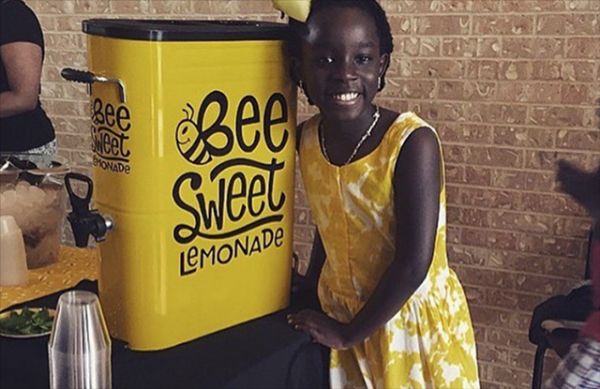 Sometimes, a thousand ideas buzz around in your head. You’re creative, and you like to invent things and come up with fun ideas. That might make you famous and/or rich one day. In “Bee Fearless: Dream Like A Kid,” by Mikaila Ulmer, you’ll see how that’s possible now – for kids and adults alike.

When she was just four years old, Ulmer was stung by a bee. A few days later, she was stung by another bee. She cried, of course, because it hurt, but her parents encouraged her to learn why those things happened. She discovered that bees are in serious trouble, and she became fierce about helping them.

At around that same time, Ulmer saw a flier for the Acton Children’s Business Fair that was being held near her home in Austin, Texas. She told her mother that she wanted to be in the fair. It was five months away so she had plenty of time to decide what she wanted to sell. Meanwhile, children in Austin were participating in a citywide Lemonade Day to learn about business and Ulmer saw an opportunity. She would sell lemonade at the fair and, to help bees, she’d sweeten the lemonade with honey!

At first, she made a lot of mistakes in her new business, but she did not give up. There’s much to learn about running a business, but two of the most important lessons are that it should be fun and you should want to make a difference with it. After that, there are three steps to actually starting your business: identify a problem that you or someone else has; do your homework on the problem and come up with a solution; and make sure you are really passionate about the product that is your solution.

Then, once you’ve found your wings and you’re ready to fly, be guided by three words: Give (because it’s rewarding); Save (because it’s good for your future); and Spend (to reward yourself). Finally, work hard, and you can “bee” successful, too.

If you are an adult, you might be asking yourself why you would ever want to read a kids’ book like “Bee Fearless.” In truth, the reasons are many.

Being an entrepreneur is not just for grown-ups. Ulmer’s book invites you to mindfully be a mentor to a kid with ideas. Author, entrepreneur, and Shark Tank dealmaker Mikaila Ulmer is a staunch advocate of such mentorship. She urges readers of her book to seek the knowledge and wisdom that can be gained from mentors.

For the adult entrepreneur, “Bee Fearless” book can also serve as a business primer. Its kid-friendly simplicity in no way diminishes adult readers. Indeed, those who wish to encourage their offspring to follow the parental footsteps into the family business will find plenty of inspirational lessons in the book.

Ulmer was just four years old when she was stung by a bee and bitten by the entrepreneurial bug, but her book, which was published in August, is best for 10- to 16-year-olds, and grown-ups who are looking to do something different with their life. Today, the now 15-year-old’s lemonade is sold in more than 1500 stores in more than 40 states. Her company, Me & the Bees Lemonade (meandthebees . com), donates a portion of sales to bee conservation.

Pick up a copy of “Bee Fearless: Dream Like A Kid” if you’re looking for a new direction for your life because missing this read might very well sting.