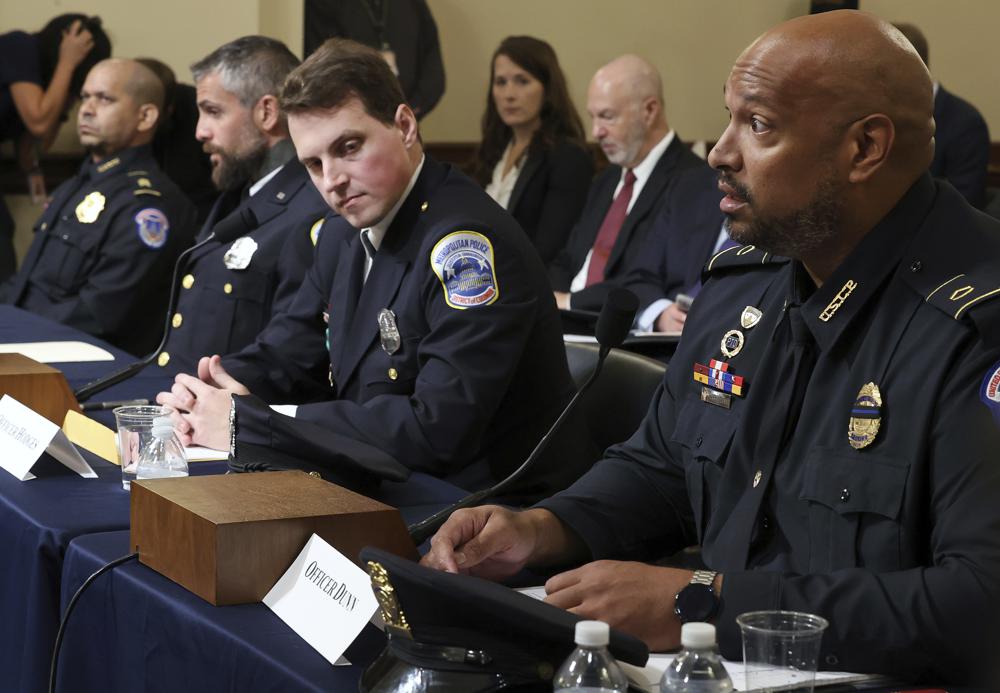 Washington, D.C — The nation heard stark and disturbing testimony from police officers who served on the frontlines of the Jan. 6 Capitol attack on Tuesday. The testimony was the opening salvo of the House Select Committee’s Investigation into 1/6. The Democrat-led committee also featured two Republicans Reps. Adam Kinzinger (R-Ill.) and Liz Cheney (R-Wyo.)

The committee heard from four police officers who engaged in hand-to-hand combat with Trump supporters. Interestingly, all of the officers called the Capitol attackers “terrorists.” In addition, the committee heard testimony from two officers who have received nationwide publicity for the interviews about the events of Jan. 6. They are officers Michael Fanone and Harry Dunn. Other officers who testified about the experiences included Sgt. Aquilino Gonell and Officer Daniel Hodges.

Gonell told the panel that he still suffers from physical and emotional scars from the attack. During his testimony, he sometimes broke down in tears. He also said he hadn’t seen this kind of violence, even when he served in Iraq.

Fanone also said this was the worst violence he’d seen in his career as a police officer and a soldier. Fanone, who is an undercover narcotics officer, said he responded to the Capitol to support his fellow officers. But he said the experience was one of the worst events of his life and compared it to “hell.”

Fanone also expressed anger at some Republican legislators who tried to downplay the violence he experienced on Jan. 6. At times, he pounded the desk to show his anger.

During his testimony, Dunn said that he became aware that it would be a very bad day when he received a text from a friend that laid out the attackers’ plans. According to Dunn, the attackers came prepared for war. He was also racially abused during the attack.

“No one had ever ever called me a n***er while wearing the uniform of Capitol police officer,” said Dunn. “In the days following the attempted insurrection, other Black officers shared with me their own stories of racial abuse on January 6th. One officer told me he had never in his entire 40 years of life been called a n***er to his face. And that streak ended on January 6th.”

He also said he had never seen that kind of assault carried out on police in his entire career.

Hodges gave particularly disturbing testimony. He was the officer who was trapped in a doorway and squeezed by attackers. He said the attackers fully intended to kidnap and kill him.

Gonell said, “All of them (the attackers) were telling us Trump sent them.”

Fanone said the attack on the Capitol was directly tied to Trump’s rhetoric and the “Stop the Steal” rally that took place earlier on Jan.6. Dunn compared the mob to a hitman and said the person who directed the mob also needed to be prosecuted.

“If a hitman is hired and he kills somebody, the hitman goes to jail. But not only does the hitman go to jail, but the person who hired them does,” he said. “There was an attack carried out on January 6th, and a hitman sent them. I want you to get to the bottom of that.”

Earlier in the day, several Republican legislators held a press conference to demand answers about the treatment of some of the Jan. 6 attackers currently being held in prison. They called them “political prisoners.”