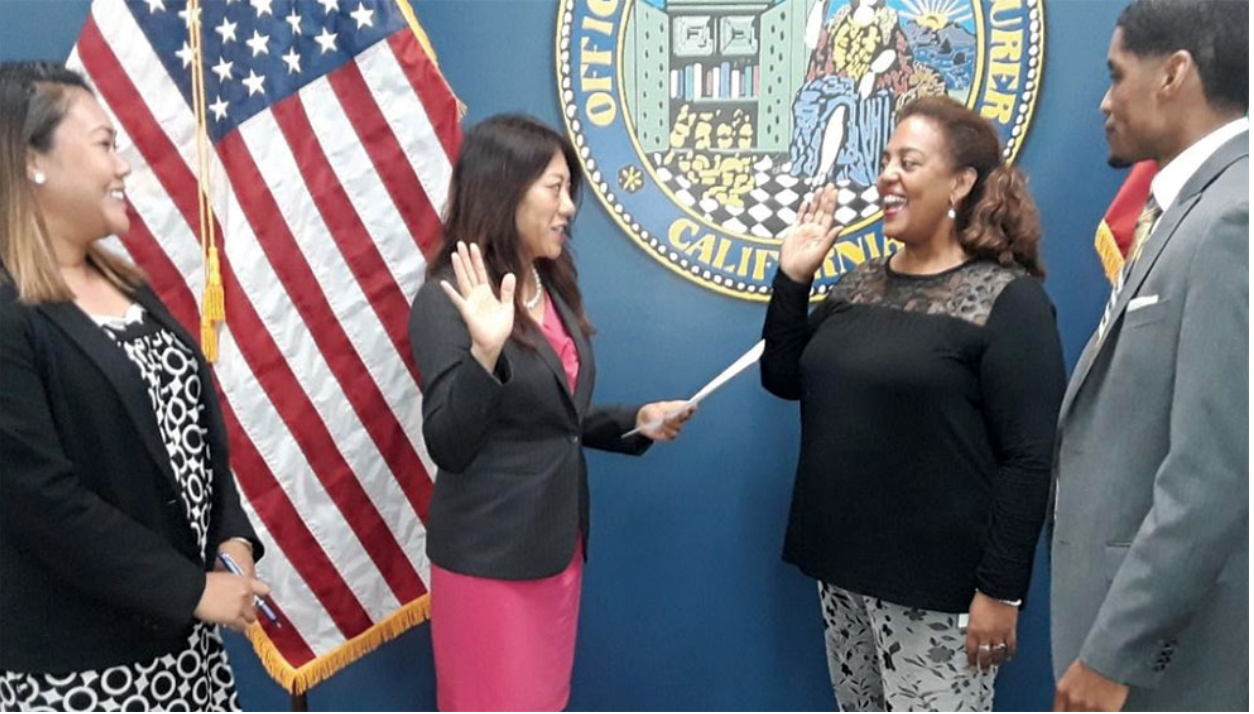 Blackwell, who is African American, accuses Ma of inappropriate behavior, including revealing her bare posterior on more than one occasion. San Francisco’s attorney Waukeen McCoy filed the complaint on Blackwell’s behalf.

In an email to the Sacramento Bee, Ma said she will defend herself against the allegations.

“I am saddened and disappointed by these baseless claims,” Ma wrote. “I want to thank everyone for the outpouring of support I’ve received today. To set the record straight, we have repeatedly refused to respond to the attorney’s attempts to settle. We look forward to bringing the truth to light in court.”

Blackwell’s complaint alleges that Ma provided her with hotel rooms, dinners, jewelry, paintings, and “edible marijuana so that she could go to sleep.” Those charges are made in the “Statements of Facts” section of the complaint.

In the complaint, Blackwell also alleges that she was relieved from her position in January 2020, and that she was given no cause or reason. It also states that Blackwell was replaced by a “less qualified Caucasian female.”

“When (Blackwell) was hired, Ms. Ma assured (Blackwell)that she would have the job for the six years Ms. Ma was the State Treasurer,” the complaint states.

In September 2020, Blackwell explains that she had a stroke and stayed home for two months. Upon her return to work in November 2020, two other individuals were “assigned to the role of Deputy Treasurer, which was the role Ms. Ma told the Plaintiff she would be promoted to,” the complaint stated.

Blackwell also claims that Ma was aware that she was recovering from a stroke and yet assigned her tasks that required two people to complete.

As the Executive Director for CTCAC, Blackwell said she increased housing by 30%. Court records also stated that Blackwell said she “developed and improved CTCAC regulations” and put together a suitable system to accommodate “an additional $500 million in State tax credits provided by the Governor and Legislature to pair with CTCAC’s 4% program.”

Blackwell also created a system to protect renters from being relocated in circumstances where CTCAC was providing funds for rehabilitation.

Ma is California’s 34th State Treasurer. She was elected on Nov. 6, 2018. She made history then as the first woman of color and the first woman Certified Public Accountant (CPA) elected to the position.

Her office processes more than $2 trillion in payments within a typical year and provides oversight for an investment portfolio of more than $90 billion, approximately $20 billion of which are local government funds. Ma also is also in charge of $85 billion in outstanding general obligation and lease revenue state bonds.

Prior to being elected Treasurer, she was an elected member of the California Board of Equalization from 2014 to 2018. Before that,  she was a member of the State Assembly from 2006-2012, serving as Speaker pro Tempore from 2010 to 2012.

Blackwell has served as the Chief Financial Officer (CFO) of the Port of Oakland, the CFO of the City of Atlanta, and as Purchaser and Director of Contract Administration for the City and County of San Francisco.

She began her career as a public finance attorney, specializing in infrastructure projects. She also served as the Executive Director of the Oakland African American Chamber of Commerce.