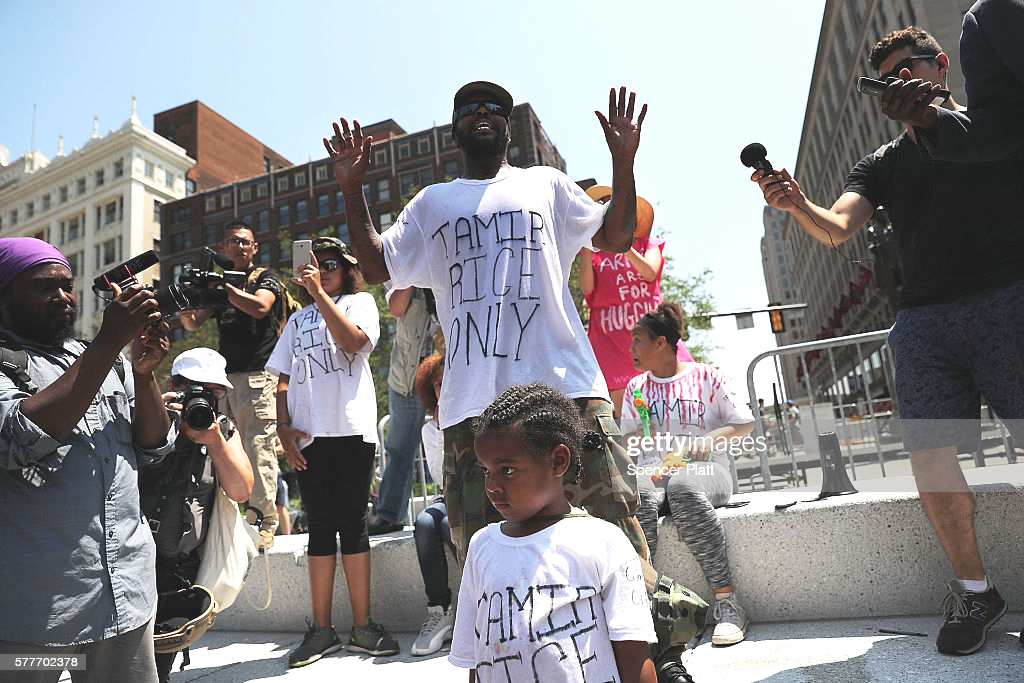 How dare we tell children anything close to the truth about race in America? That’s the takeaway after a Florida school district—the second-largest in the state—suspended Dr. Jewell Parker Rhodes’ award-winning young adult novel Ghost Boys from a fifth-grade curriculum after a local police union complained it was anti-police “propaganda.”

A partial synopsis of the novel, from Rhodes’ website:

Twelve-year-old Jerome is shot by a police officer who mistakes his toy gun for a real threat. As a ghost, he observes the devastation that’s been unleashed on his family and community in the wake of what they see as an unjust and brutal killing.

Soon Jerome meets another ghost: Emmett Till, a boy from a very different time but similar circumstances. Emmett helps Jerome process what has happened, on a journey towards recognizing how historical racism may have led to the events that ended his life. Jerome also meets Sarah, the daughter of the police officer, who grapples with her father’s actions.

If the circumstances of the fictional Jerome’s death sound familiar, it’s because they were inspired by the real-life killing of 12-year-old Tamir Rice, shot on sight by white police officer Timothy Loehmann in 2014 while playing with a toy gun in a neighborhood park in Cleveland, Ohio. Barely a month before, 17-year-old Laquan McDonald was murdered by since-convicted former officer Jason Van Dyke in Chicago, where Rhodes’ 2018 novel was set. Ironically, Chicago is also the site of the death of 13-year-old Adam Toledo, who was also presumed to have a gun but was empty-handed at the moment he was shot and killed by police in late March of this year.

Despite these all-too-real incidences of deadly police force used against minors of color—including the police shooting of 16-year-old Ma’Khia Bryant in Columbus, Ohio, in April—apparently, the Florida State Fraternal Order of Police District 5 can’t handle the truth—even when it’s framed as fiction.

Paul Kempinski, district director for Florida State Fraternal Order of Police District 5, confirmed to The Washington Post on Monday that he raised concerns with the Broward County School Board in a May 6 letter. The board’s response was first reported by the Florida Sun-Sentinel.

“Our members feel that this book is propaganda that pushes an inaccurate and absurd stereotype of police officers in America,” Kempinski wrote.

While neither Kempinski nor the school board indicated which of Broward County’s elementary school was using Ghost Boys as “supplementary fiction text” in its fifth-grade classes, the Post notes the school’s location as Coral Springs, Fla., also reporting:

Kempinski learned of the book from a fellow lodge member whose child was assigned the reading in class and later spoke up about being uncomfortable with its subject matter. After reading [Ghost Boys] for himself, Kempinski concluded the novel gives young readers a prejudiced view of police as “liars” and “racists.”

“I think it really takes a very unfortunate and awful situation, where an officer uses deadly force, and makes it sound like something that all officers do daily,” he told The Post.

Nobody said all officers—and thankfully, not daily—but enough to have warranted “The Talk” with several generations of Black children whose parents are terrified of how an interaction with police or some self-anointed vigilante (see: Trayvon Martin’s killer, George Zimmerman) could tragically unfold. Those parents include former first lady Michelle Obama, who told Gayle King during an interview for CBS This Morning on Monday (h/t Bazaar) that she holds those fears for her two daughters Malia and Sasha, now both of legal age and driving (albeit presumably still with Secret Service on their tails). While the ever-diplomatic Obama didn’t explicitly implicate police, she did tell King:

“Like so many parents of Black kids…the innocent act of getting a license puts fear in our hearts. I think we have to talk about it more and we have to ask our fellow citizens to listen a bit more and to believe us and to know that we don’t want to be out there marching,” she said, adding: “I mean, all those Black Lives Matters kids, they’d rather not have to worry about this. They’re taking to the streets because they have to. They’re trying to have people understand that we’re real folks, and the fear that many have of so many of us is irrational. And it’s based on a history that is just, it’s sad and it’s dark. And it’s time for us to move beyond that.”

We can’t move on without acknowledging it in the first place—a battle which is playing out in repeated attempts to ban not only Critical Race Theory and its exploration via The 1619 Project from American schools, but any materials that might prompt honest discussions about America’s history with race and its persistent present-day dynamics—including bias, microaggressions and systemic racism. Though the office of Broward County School Board Chair Rosalind Osgood had reportedly received no complaints about Ghost Boys prior to Kempinski raising his concerns, the complaint raised a flag, compelling a suspension.

“Ghost Boys had not gone through the district’s regular vetting process prior to the police complaint,” Osgood explained via a statement, reported the Post, “which prompted the district to ‘pause’ the use of the book pending review.” Since that time, “one parent wrote in with criticism while another urged the district to keep teaching the book,” the outlet added. Broward County’s conflict isn’t new, as last year, a California school district reportedly also banned the book amid “similar complaints.”

Of course, this is only the latest in a long history of banned books in America—and American schools, in particular. As the Post further reported:

The most common factor across banned and challenged books is that the author is from a marginalized or underrepresented group or tells the story from the perspective of a character who is, said Alaina Lavoie, a spokesperson for the nonprofit We Need Diverse Books, which promotes diversity and representation in literature and awarded [Ghost Boys] with its top prize in 2019.

Indeed, this writer has had personal experience with this matter. As a high school student, I, along with my school’s sole Black teacher waged a protest against the school board of my suburban Minnesota district when they sought to ban Gordon Parks’ semi-autobiographical novel The Learning Tree from our reading lists. During a community-attended meeting, one board member baldly stated that the book felt like “finding a big black hair in his American apple pie.” Both the teacher and I declined to meet with said member when he showed up at our school the next day to apologize for the statement—but I digress.

Raising the argument that teaching children about the fraught and unreasonably dangerous relationship between police and communities of color is a deflection from the far more crucial issue of police reform. To that end, “Kempinski said while he applauds the school district for taking on difficult topics like social justice, he thinks books like Ghost Boys [increase] division between police and the public,” writes the Post.

“Police officers are not perfect,” Kempinski added, reportedly conceding that Ghost Boys might be age-appropriate for older children—a fact that ignores both the novel’s 12-year-old victim-protagonist and his real-life inspiration. “But when you have a book like this and this kind of teaching, the message is, ‘don’t get involved with police and don’t have a dialogue with them,’” he added.

Or perhaps, as the writer Anne Lamott once wrote, “If people wanted you to write warmly about them, they should have behaved better.”

Rhodes has issued no statement on the matter via social media and her publicist told the Post she was unavailable for comment on Monday. However, in a 2018 interview with Publisher’s Weekly (h/t the Post), she noted that children are “far more sophisticated and knowledgeable about inequities in the world.”

“Though I write about tough subjects, kids know that my stories are also infused with kindness, hope and, ultimately, it empowers them,” she added. No doubt there are many parents who hope it might arm them with needed awareness, as well.