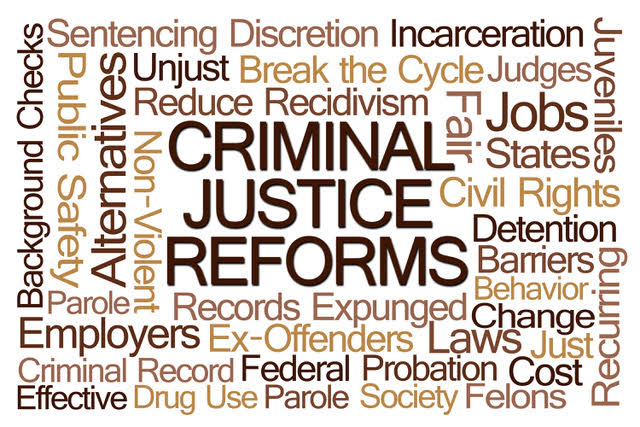 After serving a 22-year sentence in a California prison, James Morgan, 51, found himself facing a world of opportunities that he did not imagine he would have as an ex-convict once sentenced to life for attempted murder.

Morgan, a Carson Native, says he is grateful for a second chance at life, and he has taken full advantage of opportunities presented him through California state reentry and rehabilitation programs.

After completing mental health care for Post-Traumatic Stress Disorder (PTSD), Morgan was released from prison and granted parole in 2018.

“I did not expect what I found when I got out,” Morgan told California Black Media (CBM), explaining that he was fortunate to participate in a program for the formerly incarcerated in San Francisco.

“I was mandated by the courts to spend a year in transitional housing,” said Morgan. “Those guys walked us through everything. They made it really easy. It was all people I could relate to, and they knew how to talk to me

because they used to be in the prison population — and they were from where we were from.”

Now, he is currently an apprentice in Local 300 Laborers Union, specializing in construction, after he participated in a pre-apprenticeship program through ARC (the Anti-Recidivism Coalition).

Black men in the Golden State are imprisoned nearly 10 times the rate of their White counterparts, according to the Public Policy Institute of California. And just a little over a decade ago in 2011, the Supreme Court of the United States ordered California to reduce the number of inmates in its overcrowded prison system by 33,000. Of that population, nearly 30% were Black men even though they account for about 5 % of the state’s population.

To help more formerly incarcerated people like Morgan get back on their feet after paying their debt to society, last month, the U.S. Department of Justice and the U.S. Department of Labor announced that the federal government is investing $145 million over the course of the next fiscal year to support reentry programs across the country.

The Biden-Harris Administration also announced plans to expand federal job opportunities and loan programs, expand access to health care and housing, and develop and amplify educational opportunities for the formerly and currently incarcerated.

“It’s not enough to just send someone home, it’s not enough to only help them with a job. There’s got to be a holistic approach,” said Chiraag Bains, Deputy Assistant to the President and Deputy Director of the White House Domestic Policy Council on Racial Justice and Equity.

Bolden was sentenced to 39 months in prison in 1964 for allegedly attempting to sell classified Secret Service documents. He has always maintained his innocence.

“Today, I granted pardons to three people and commuted the sentences of 75 people. America is a nation of laws, but we are also a nation of second chances, redemption, and rehabilitation,” Biden tweeted April 26.

According to Bains, about half of the people the President pardoned are Black or Brown.

“The president has spoken repeatedly about the fact that we have too many people serving time in prison for nonviolent drug offenses and too many of those people are Black and Brown,” said Bains. “This is a racial equity issue.”

Both Biden and Vice President Kamala Harris have faced sharp criticisms in the past for supporting tough-on-crime policies as U.S. Senator and California Attorney General, respectively, that have had disproportionately targeted Blacks and other minorities.

According to a 2021 Stanford University Study, reentry programs in California have contributed to a 37 %

decrease in the average re-arrest rate over the period of a year and a 92 % decrease during the same time.

A year later, Gov. Newsom’s office introduced the California Community Reinvestment Grant Program. The initiative funds community groups providing services like job placement, mental health treatment, housing and more to people, including the formerly incarcerated, who were impacted by the War on the Drugs.

Morgan spoke highly of programs that helped him reintegrate into society – both in prison and after he was released.

“In hindsight, I look back at it and I’m blown away by all of the ways that they’ve helped me,” Morgan said.