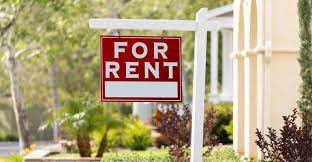 Nationwide — The coronavirus pandemic exposed many inequalities in America. One of them was the eviction/rent crisis. The rent moratorium was recently extended to Oct. 3 by the Biden administration because of pressure from progressive legislators such as Rep. Cori Bush. (D-Mo.)

A recent online seminar, hosted by Ethnic Media Services, featured discussion from nationwide experts in rent and eviction issues. According to some of the speakers, the extended rent moratorium only papers over the cracks in the rent crisis.

According to Juan Pablo Garnham of the Eviction Lab at Princeton University, one of the problems with the eviction moratorium is that many forces are pushing back against it. For example, landlords and property management firms see the moratorium as cutting into their profits and have fought it in the courts.

“It probably means it will go to the Supreme Court, at some point,” he said.

The federal government has created an aid package to help Americans affected financially by the Covid-19 pandemic. $45 billion was provided for rental assistance, but the problem is getting the money to the people who need it.

“We need more accountability to find out why the aid has not been received by the community,” said Garnham.

Garnham advised people needing rental assistance to apply early and talk to their landlords because it might take a while before they receive the funds.

Dr. Shawnita Sealy-Jefferson, founder, director, and principal investigator of the

Social Epidemiology to Eliminate Disparities (SEED) Lab, also discussed the mental health impact of eviction on the Black community. She said the coronavirus pandemic made the housing crisis worse.

Sealy-Jefferson said the eviction crisis has the same impact on Black women as mass incarceration does on Black men. She added that eviction has been associated with depression and suicide. Evictions also negatively impact the outcomes of Black students.

One of the main problems is the cost of living has skyrocketed while wages have stagnated.

“The cost of housing is increasing while the income is decreasing, stagnant or eliminated,” she said.

Sealy-Jefferson said that in some cases, low-income families are paying up to half or 70% of their income on rent.

She also pointed out that some unscrupulous landlords use underhanded tactics to get rid of tenants. According to Sealy-Jefferson, sometimes calling the police for help can result in an “illegal eviction.” Repeated calls to the police can get flagged by nuisance laws and used as an excuse to evict a tenant.

Sealy-Jefferson added that the laws need to change to protect tenants from falling into the eviction trap. Her suggestions included expanding the housing voucher program and guaranteeing people going through the eviction process a right to have a lawyer.

However, she says that one of the leading causes of the eviction crisis is falling incomes.

“I think everyone should have a livable wage,” she said. She was also in favor of canceling rent, a move suggested by left-wing activists. This would help people catch up with rent deficits caused by the pandemic.

“Housing is a human right. Everyone deserves that dignity,” she said.