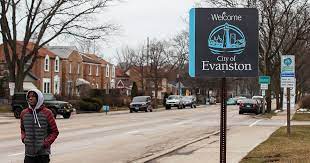 Evanston, IL — A small, Illinois suburb has finally done the thing that America has kept hand-wringing about since the end of slavery: reparations.

The Washington Post reports that on Monday night the Evanston City Council voted 8-1 in favor of a resolution to launch the first phase of reparations in the city, with $450,000 being allocated towards grants for homeownership and repairs. Applicants can receive up to $25,000 in grants and mortgage assistance if they can prove they are descendants of Black people who lived in Evanston from 1919 to 1969. The first phase of the city’s reparations program is focused on repairing the damage that came from discriminatory housing practices in the city.

Research by a city subcommittee found that practices such as redlining and other discriminatory rules resulted in the Black population limited to a small, concentrated area in the city, according to the Chicago Tribune.

“The Local Reparations Restorative Housing Program…acknowledges the harm caused to Black/African-American Evanston residents due to discriminatory housing policies and practices and inaction on the part of the City,” the resolution read. As mentioned earlier, this is only the first phase, and more programs and initiatives are expected to be created over the next decade. They will all be financed by a $10 million fund that comes both from the city’s three percent cannabis tax as well as from private donations.

Ald. Robin Rue Simmons, who introduced the resolution for reparations, was celebratory but noted the city still has a long way to go. “It’s a first tangible step,” Simmons said. “It is, alone, not enough. It is not full repair alone in this one initiative. But we all know that the road to repair injustice in the Black community will be a generation of work…I’m excited to know more voices will come to the process.”

While there were plenty who celebrated the symbolic importance of the resolution’s passage, there were those who felt it didn’t go far enough. Some of those who spoke during the debate period before the vote said they would prefer direct cash payments over housing assistance.

“I want reparations like any Black person in this city does,” Evanston resident Rose Cannon, who supports cash payments, said during the meeting. “[But] I am willing to step back and not take this in the package in which it’s presented to me.”

Ald. Cicely Fleming was the lone “no” vote on the measure, explaining “what we have here before us tonight, I would counter, is a housing program with the title reparations.”

While, understandably, some Evanston residents may find the resolution wanting, I still think it’s impressive that the city is doing anything at all when it comes to reparations. We’ve seen the idea floated around for eons now, with most proposals going nowhere off jump because white people see reparation as “handouts” and not “fixing what you fucking broke.”

Rep. Sheila Jackson Lee (D-Texas) introduced a bill in the House two years ago that would commission a study into potential reparations. While it might have a chance of passing the House, it will have a tougher time in the Senate and it’s still unclear if President Joe Biden would even sign the bill into law should it pass.