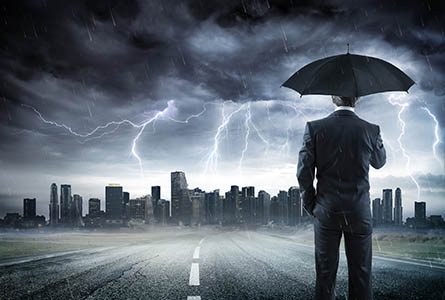 The country is currently seeing the effects of inflation in several areas such as gasoline, food prices and housing. Some experts claim that inflation is caused by rising wages, but Mabud disputed that.

She said prices are high because of gouging from what she described as “megacorporations.”

“Mega corporations are taking advantage of inflation to raise prices on consumers. Profit margins are at an all-time high,” said Mabud.

She cited the example of a comment from Constellation Brands CEO and President Bill Newlands. He said that they wanted to “keep prices as high as we possibly can.”

Mabud added that one problem with the American economy is many corporations function as monopolies. For example, in the credit card industry, there are essentially two companies that have created a “duopoly.” MasterCard and Visa have 70% of market share. This allows them to control prices. Mabud stated that Visa is planning to raise its fees later this year.

Stone said it’s debatable if we are going to go into a recession which he defined as a “decline in economic activity.”

He added that according to the predictions, the country will face a “shallow recession,” but he predicted it would be minority groups who will be first to feel the pinch.

“Forecasts suggest we will be in a short, shallow recession, but it will still be damaging to the most vulnerable folks,” he said.

“People of color are the first to experience income loss,” she said.

Gould-Werth was concerned about the safety net and the ability to help people survive lean times. She said most social programs are geared towards the elderly or people with disabilities. The only safety net program for regular people is unemployment and it’s complicated to apply for.

The coronavirus pandemic forced the government to inject money into the economy and Americans received stimulus checks to help them survive. However, Gould-Werth was concerned that the government hasn’t allocated money for safety programs to survive a possible economic downturn. Some states have reduced unemployment to 12 weeks, said Gould-Werth.

“We don’t have enough money to pay for benefits, so states are going to make benefits pretty stingy,” she said.

However, if the Republicans retake the House and the Senate in the midterm elections, they are unlikely to boost the safety net because they believe in tax cuts and slashing social programs.