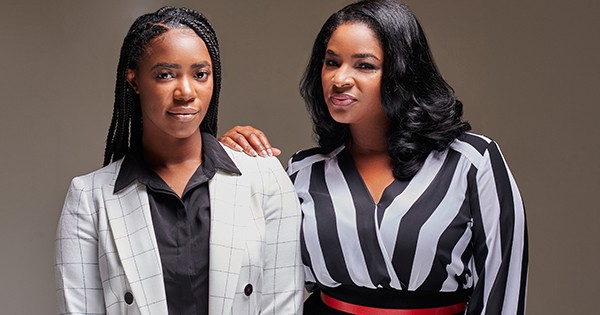 Nationwide — Dr. Roberta Hoskie and her daughter, Allia, are the founders of a nationwide program called 1,000 Black Families that started as an initiative to help families get into their own homes. The program, however, has rapidly become a movement to address the wealth gap among Black families nationwide by providing the education, tools, and structure needed to acquire low-interest mortgages and help with closing costs.

In the immediate sense, this program is much-needed in a time when the country is being ravaged by a viral pandemic that has infected over one million people and killed over 200,000. This is at a time when America has a political structure that has not only failed Black families but been openly hostile towards them.In the past few years, pundits in the media have echoed the long-held ideas of brilliant & outspoken Black scholars like Dr. Claude Anderson, Dr. Walter E. Williams, Dr. Boyce Watkins, and others attributing economic inequality to many factors, the largest of which is the inability to transfer wealth from generation to generation. Simply put, having property or a business that parents are able to leave to their children increases their family’s overall wealth. Many do not understand the implications and impact wealth retention can have on wealth creation.

To say Black family social and economic advancement has not only been hampered but assaulted is not hyperbole. The history of this nation and research lay bare the effects of centuries of racism. “At $171,000, the net worth of a typical white family is nearly ten times greater than that of a Black family ($17,150) in 2016,” according to the Brookings Institute. The projection by another notable source, Statista, is that by 2024, the median household wealth will be $122,366 for white families compared to a shocking $1,233 for black households. There are a number of very specific factors & policies that contribute to this inexcusable disparity. But the single largest barrier is the inability of black families to attain property ownership and subsequently pass property on to their children. A white family with a combined household income of roughly $30,000 is typically wealthier than a Black family with a combined wealth of $100,000, annually. However, all is not lost.

The 1,000 Black Families movement aims to address those very same inequalities. Having struggled as a single mother in the projects in New Haven CT, Dr. Roberta is all too familiar with the barriers that limit Black economic progress. After spending years speaking, writing, and teaching others how to break what she has dubbed “The Poverty Curse”, she seeks to share lessons she has applied to her own success with Black families looking to increase their overall wealth. And in keeping with that critical mission, Hoskie’s daughter, Allia, a senior at Morgan State University, an HBCU, has worked as the Managing Director of the 1,000 Black Family Program and has been instrumental in the program’s development.

A woman by the name of Theresa K. was in dire straits when after years of marriage, her husband left her and her children and filed for divorce. That divorce became very nasty causing her to lose the only home her children knew. More importantly, she wondered what legacy she would leave her children. It’s a question many Black families have confronted for decades – actually centuries.

But what does it all mean? What can homeownership, and equity therein, provide outside of a place to live? Theresa K. joined the program and was able to obtain a mortgage and buy a home on the same street she previously lived. She now has something to help her kids advance and ultimately pass on to them.

But let’s take this a little deeper…

Dr. Hoskie, author of Poverty Curse Broken: The Roberta Hoskie Story, also explained what having equity in a home means on a larger scale against the background of 2020’s socio-political unrest. She equates home equity to increased opportunity…and ultimately, increased economic power. According to Roberta, homeownership means the ability to leverage that property’s equity to obtain lower interest loans to start a business, buy additional property, or put children through school. It also allows for families who have been victims of injustice to obtain better legal representation rather than pro bono (free) legal services from attorneys who will take a larger percentage of any settlements awarded.

The 1,000 Black Families program seeks to boost black family homeownership that Hoskie says never fully recovered from 2008’s economic downturn. “With our program, the mortgage lenders we’re working with are providing 30-year and 15-year fixed interest rates…right now is the right time due to the low-interest rates.” Additionally, the program is providing assistance with the often prohibitive closing costs by providing up to 1% back at closing. Families can sign up at the website. There is a low one-time fee associated with program entrance.

Once in the program, participants are provided the information needed to get started and paired with the lenders and realtors in their respective areas across the U.S. The results thus far have been far above expectations. A husband & wife with a combined 540 credit score and a foreclosure, were able to buy the home they were renting. Dr. Hoskie has created a program that she wants to serve as “a stepping stone” to creating more wealth through equity and investment. “When we get you ready, we want you to be able to buy up more homes, the whole block, the whole neighborhood, the whole state,” she exclaimed.

It is a revolution without a single bullet fired. More importantly, it is a foothold in the American dream that has often eluded most Black families.

This powerful program is projected to add an additional $1 billion dollars of generational wealth in its 1st year!