Commentary – Black Youth Mental Health: Will Our Kids Be Alright? 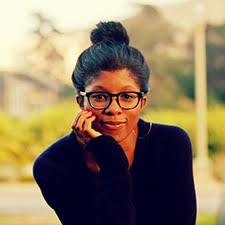 We are living in unusual and challenging times, when despair and despondency have replaced hope as a more common, and perhaps as the more acceptable lens, through which too many of us view the future. In the wake of widespread disease, mass loss, economic instability, climate breakdown, police violence, erosion of bodily autonomy for women and girls, violence towards transgender and non-binary communities, and an actual insurrection, no wonder many have lost hope.

Our kids are no exception.

Nationally, there has been a concerning rise in reported persistent feelings of sadness or hopelessness among teens. Suicidal thoughts and attempts are up. And hospitalizations for mental health crises for children and youth are at an all-time high. These trends pre-date the pandemic and have only worsened over recent years.

In this, California is no exception.

In 2019, almost 1 in 3 adolescents experienced serious psychological distress. Suicide rates remain worrisomely high. And California ranks 43rd in the nation for providing screenings that could identify children and youth who are suffering and in need of support.

By a number of measures, Black children and youth in California are particularly in need of the types of support that unfortunately, few are finding.

Black children in California are most likely to report serious emotional

But these problems, that now burden our children, are not entirely new. Their current needs expose past oppressions, unvanquished by time. Just as their new struggles reveal older foes, unchallenged by the status quo.

And so, the work to address the mounting mental health challenges our children now face – and Black children are too often left to face without adequate support – must begin with confronting systems of oppression and challenging the status quo.

Thankfully, the model we, as a state, must follow from those most impacted, particularly Black communities, who have long imagined and worked to realize, a loving path to mental, physical and emotional well-being.

These folks, including Black children and youth, are building on the rich legacy of social activism, mutual aid, and intergenerational bonds in communities of color, that can and should be brought to bear as California considers how best to support young people’s mental health and well-being.

For example, the thoughts and dreams of young Black people, should be used to guide the apportionment of Gov. Newsom’s recent multi-billion dollar investment in youth behavioral health. The promise of these investments, alongside some major changes in Medicaid policy, have created an enormous opportunity to shift how the state shows up for our kids and how our kids can show up for each other.

If California were to take seriously the aspirations of young Black people in reshaping our state’s behavioral health programs, it might also lead to the uplifting of the students and parents of color who have called for Police Free Schools in Oakland and Los Angeles. The racial inequities in exposure to policing, judicial scrutiny, and incarceration for children of color are enormous in California and contribute to and compound the barriers to learning and mental health in under-resourced schools.

Finally, to address the state’s crisis of children’s mental health, it is important that caregivers and youth be positioned to intervene on behalf of their family or friends who are struggling. That positioning might include an expansion of Guaranteed

In short, the possibilities to respond to the crisis affecting our children’s social and emotional well-being are only limited by the confines of our collective imagination. And there are those among us, particularly in the Black community, who have been busy imagining, for generations. If, we, as a state, collectively, choose to turn to those folks, especially our kids of color who are disproportionately impacted, and work alongside them to create a new future together, our kids will be more than alright. They can thrive.