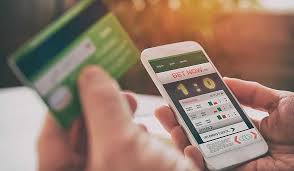 These services include direct deposit from employers and public benefits, automatic bill pay to registered payees, recurring payments and donations to account holders’ organizations or charities of choice, and an infrastructure to support account holders in building credit.

“AB 1177 will help Californians stay protected from overdraft fees and penalties and give them an opportunity to save money and build wealth while fighting the racial wealth gap,” said Assemblymember Miguel Santiago (D-Los Angeles), lead author of the bill.

“California is leading the nation’s public banking movement and we must keep working to provide no-fee banking services to all Californians,” he added.

Santiago wrote the bill with the intention to help close the financial services gap that leaves 1 in 4 Californians unbanked or underbanked. Modeled after the state’s public retirement program CalSavers, the bill forms a commission of representatives from the Treasurer’s office, the Department of Financial Protection and Innovation, financial access experts and community members to oversee market analysis on how the program should be implemented.

Proponents of public banking in California say Wall Street banks have failed low-income communities, particularly people of color. They also say the banks will provide easier access to capital that will be critical to helping small businesses and neighborhoods rebound after the pandemic.

“Financial exclusion and scarcity have been a tool for oppression, discrimination and systemic inequity for too long. Public banking options such as BankCal, along with new technology that allows for free exchange over the internet, are urgently needed to decentralize power, privilege and financial control,” said Briana Marbury, Executive Director of the Interledger Foundation, a non-profit that advocates for standards and technologies that support an open and integrated global financial system.

Opponents of the bill believe that government-owned banks open the door for corruption and that the cost of any mismanagement of funds will come out of taxpayers’ pockets.

A 2015 article published by the Cato Institute critiques past public banking projects, highlighting shortcomings and failures.

Mark A. Calabria, who was chief economist to Vice President Pence and former director of the Federal Housing and Finance Agency authored the article.

“The recent history of Fannie Mae and Freddie Mac, quasi‐ public banks at the federal level, illustrates that mismanagement and corruption are alive and well at the intersection of the public and private,” he wrote.

However, Trinity Tran, co-founder of the California Public Banking Alliance, argues instead that AB1177 does not create a new bank but “creates a statewide retail banking option trough which every California worker can access zero-cost services.”

While California is known for its groundbreaking legislation, it will not be the first state with a banking system like this. North Dakota’s public banking system was founded back in 1919.

Marbury believes that the bill is only the first step toward a more broader initiative that would revolutionize accessibility to financial growth and equality.

“This is an exciting development, but not far-reaching enough. Public banking initiatives should be introduced in other states across the US to ensure equal access to financial services for the most vulnerable sectors of our population while elevating the economic health of society as a whole,” she said.

In addition, global financial inclusion should encompass both “brick and mortar” bank access for everyone and a more inclusive internet,” she added.