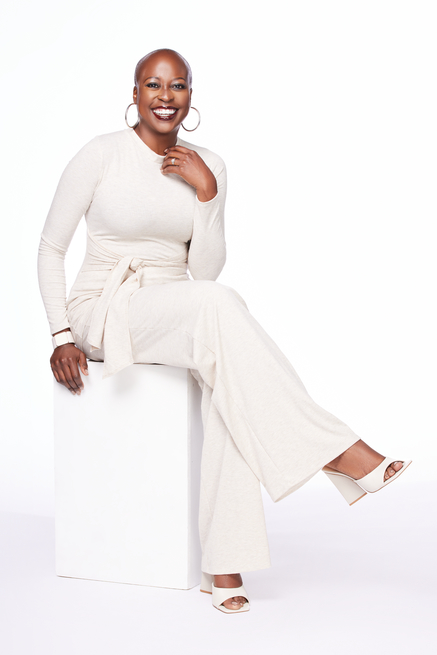 As she’s managing her busy career, Horn has also managed a growing business as an acting coach. She is widely known as “The Booking Magnet” in the industry because of her ability to win roles.

In a Zoom interview, Horn said she gave herself that name because she believes in the law of attraction and positive thinking, and it has worked. Now her acting coaching business has a staff of 12 and puts on an annual conference.

Horn is so busy that Covid couldn’t slow her down. While the rest of the world shut down, Horn stayed busy producing tutorial videos for actors.

“My business thrived during Covid,” she said.

According to Horn, she built her acting coach business through Facebook live. When she was going to auditions and shoots, she shot videos and grew her audience by interacting with her followers.

Horn has a wealth of experience in acting. Her background is from the theater world, and she had a run of success in the field. She won a role in “The Lion King,” which appeared on Broadway and toured the world. She moved to Los Angeles to explore the film and TV world, learning that acting for the stage and acting for the small and big screen are two different art forms.

“They are absolutely different,” she said. “They require different skill sets. I had to learn how to act for the screen.”

One of her first breaks on the screen was a small part in the hit movie “Stomp the Yard.” She later won a role in the science fiction TV series “Timeless,” which briefly ran on NBC.

Horn says playing Harriet Tubman on “Timeless” and appearing alongside Tracee Ellis Ross on “Blackish” are her two most memorable roles to date.

A former Atlanta resident, moving to Los Angeles was a brief culture shock for Horn. But she has succeeded in the entertainment world because she’s very focused.

“I didn’t come here to play,” she said. “I came here to work.” She also credits her success to surrounding herself with positive people.

Horn’s career is thriving, but Hollywood can be a tough business. She says actors constantly have to deal with rejection. That’s why one of her pieces of advice to up-and-coming actors is to surround themselves with people who share their dream. And sometimes that might not be your relatives, who don’t understand the entertainment business.

“Surround yourself with positive people,” she said. “Sometimes family members don’t get it.”