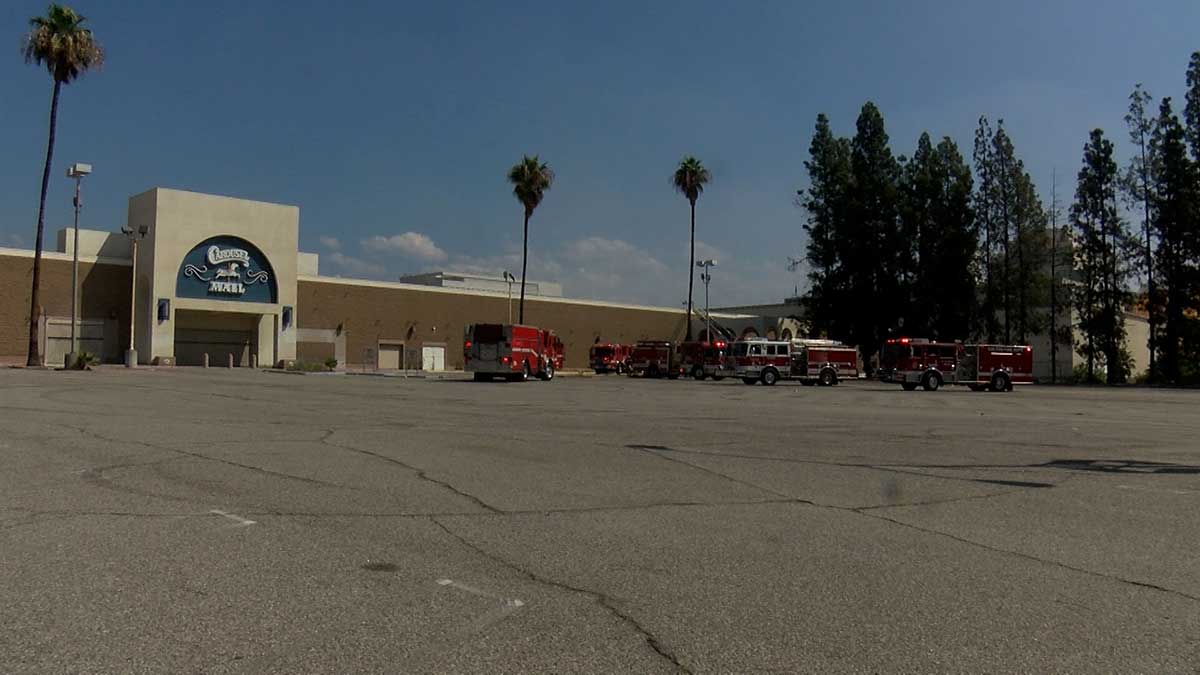 Carousel Mall in San Bernardino was the site of yet another fire. The fire was reported at around 10 a.m. on Sunday.

The mall has been abandoned for five years and has become the scene of several crimes. News reports said that the mall has been occupied by squatters who have turned former businesses into living quarters. Many squatters also start fires to heat food or for warmth.

The San Bernardino City Council voted to demolish the mall and awarded a contract for the redevelopment project to Lincoln Property Company, a nationwide real estate firm.

The demolition contract will be announced in October.