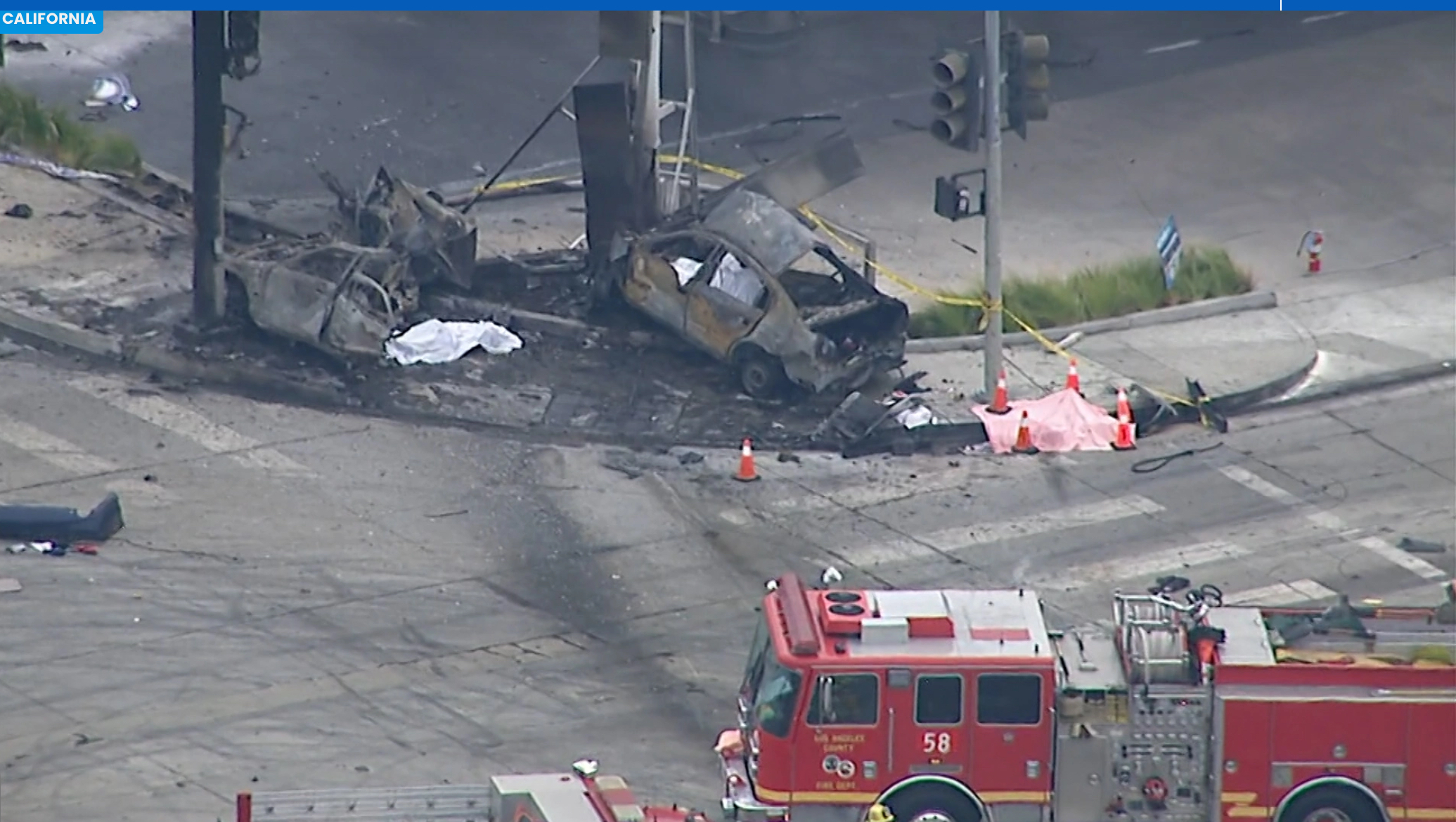 LOS ANGELES (AP) — A speeding car ran a red light and plowed into cars Thursday in a fiery crash that killed at least four people, including a baby, just outside of Los Angeles, authorities said.

Shortly after 1:30 p.m., a Mercedes-Benz sedan caused a crash involving as many as six cars near a gas station in the unincorporated Windsor Hills about 10 miles (16 kilometers) southwest of downtown LA, according to the California Highway Patrol.

Several people were flung from the cars and two vehicles caught fire. Television reports showed the blackened and mangled cars, as well as a child’s car seat among the debris covering the street.

Video showed the Mercedes careening through an intersection, striking at least two cars that caught fire and wound up against the gas station’s corner sign. One car also was torn in half.

Three adults, including one who was pregnant, and a baby were killed, California Highway Patrol Officer Alicia Kolter said.

Six or seven cars were part of the crash.

Nine people were injured, including six children, authorities said. Eight of the victims were hospitalized, including the driver of the Mercedes, according to the CHP.

One of the victims, Debra Jackson, told KCBS-TV she was about to get out of her car to pump gas when she heard a big explosion.

Witness Veronica Esquivel told KCBS-TV she was near the gas station when the tragedy occurred.“I was about to pump gas and all of a sudden, I hear all of the noises from all of the collisions, and then the fire explosion and I saw things, metal and things flying in the air,” she told the TV station. “So, I just covered myself behind the pump.”