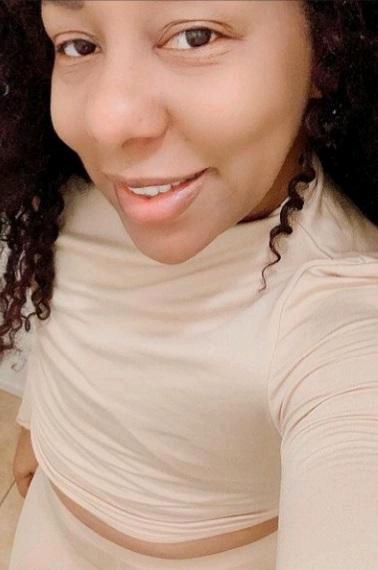 Phoenix, AZ — April Jackson has been through the wringer. After surviving breast cancer and a hysterectomy, she’s walked away from her experience, knowing that she needs to lean more on other people in her life.

According to Jackson, she’s always been seen as the strong one in the family who was the caregiver for her mother. But her health problems laid her low and taught her that she needed to lean rely on other people.

Jackson, who has a furniture business in Los Angeles, first learned she had stage III breast cancer in 2018. But she only received the diagnosis after a second opinion. Her primary care doctor sent her for testing and the results came back all clear. But Jackson decided to pursue another opinion and that’s when they came back with a diagnosis of cancer.

Breast cancer is a common ailment. According to Breast Cancer Prevention Partners, one in 8 women have a lifetime risk of breast cancer. And African-American women have a 31 % mortality rate, the highest of all groups.

According to Jackson, doctors say that her problems were caused by breastfeeding and are related to her hormones.

She said that when she was nursing, she noticed that she had problems with one of her breasts. It became swollen and infected. She later felt a lump under her arm.

After the cancer diagnosis, the doctor recommended that she have her breasts amputated. Jackson has gone through 10 surgeries in three years. She ended up having a double mastectomy. She also later had a hysterectomy. But the cancer is now in remission.

Jackson also went through radiation therapy, which led to other health issues such as skin irritation, making it hard to wear clothes.

“It was a nightmare,” she said. “It was an uphill battle with the radiation.”

She is still in the process of undergoing surgery for breast implants because she wants to “still look like a woman.”

Jackson has experienced the bureaucracy of the American healthcare system. But since she had good medical insurance, she only ended up paying about $10,000 over three years.

However, she was lucky to walk with not much debt. Medical crises usually leave most Americans buried under a pile of debt. According to Gofundme CEO Rob Solomon, one-third of the fundraisers on the site go towards paying off medical debt.

Jackson says her experience has taught her several lessons. One of them is that American healthcare is a for-profit system that often shows little compassion for the patients.

“I hate the healthcare system,” she said. “It’s a money scam.”

She’s also learned that you must be your own advocate when you’re in the medical system. And sometimes, that means seeking a second opinion if you doubt your original doctor.

“Had I trusted my (original) doctor, who knows where I would’ve been now,” she said.

For more information about Jackson business go to www.instagram.com/sandrbeds.