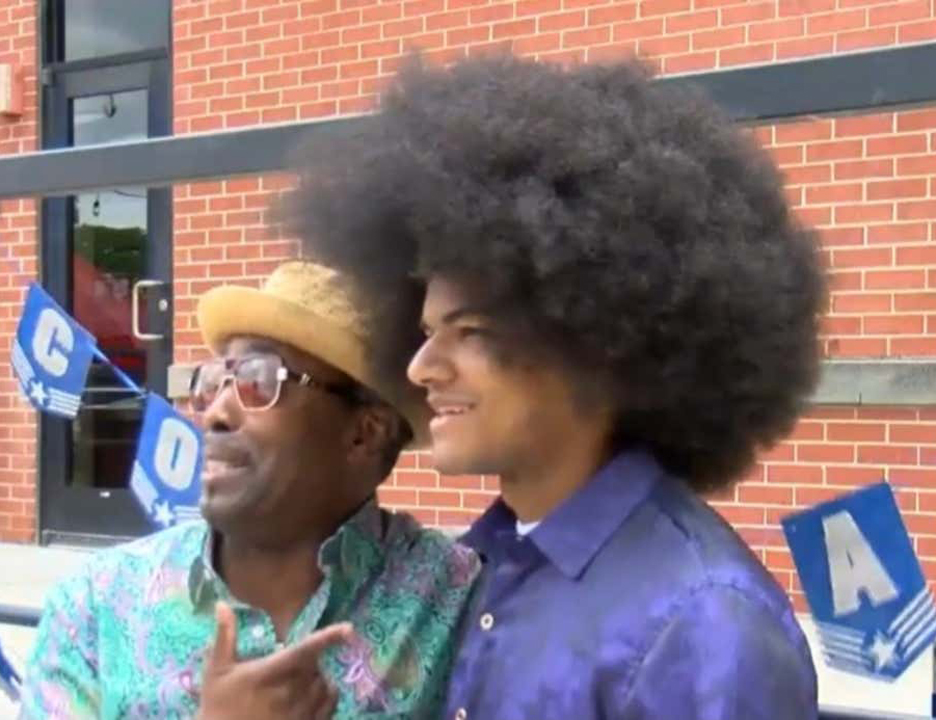 Imagine being 17 years old and possessing the ingenuity and selflessness to even think of something like tuning your hair into help for others.

17-year-old Kieran Moïse of Huntsville, Ala., had spent six years growing his hair into a glorious afro. When it came time for Kieran to join the Air Force Academy, he had to cut his hair—a tough experience for any Black person who has spent years growing their hair into a beautiful display of volume, length and curly excellence. However, Kieran decided that if his hair had to go, something good should come of it, so he turned his hair into charity by inviting the Huntsville community to watch him get it cut in an event to raise money to help children who have cancer.

He set a goal to raise $1,000 per inch for his Afro and give the proceeds to St. Jude Children’s Research Hospital in Memphis, she said. Then he planned to donate his curls to Children With Hair Loss, a Michigan nonprofit that provides free human hair wigs to children and young adults with medically related hair loss.

Kieran is now at the Air Force Academy in Colorado Springs and, by military policy, is not allowed to communicate with the outside world for another month or so, his mom said. But she said he hopes his story will inspire others to do what he did after getting his first haircut in about six years.

“He wants people to know that if he can donate his hair, then anyone can,” said Kelly Moïse. “He’s hoping that everyone will be encouraged to go out there and commit their own small act of kindness.”

If you’re doing the math at home, you’ll notice that $1,000 per inch for 19 inches of hair comes out to exactly $19,000, which means Kieran actually managed to raise double the amount he set as his goal. What a way to turn a less than desirable situation into something great that will benefit so many.

Again, it’s hard for a Black person who has been growing their hair for years to go through the big chop.

Kieran’s mother told the Post that her son “was born with a beautiful headful of hair, and for his entire life, that’s the first thing everyone noticed about him.”

“Everywhere he went, he was the guy with the big hair,” she continued. “There was no way not to notice it.” She also said that “Every Sunday night, I’d help him condition it one section at a time while he sat through two movies. That hair was a huge part of his personality.”

But Kieran joined the Air Force Academy, and military rules are what they are, so Kelly said her “son was determined that if he was going to have to get a haircut anyway, then he should pay it forward in a way that would help as many people as possible.”

Kieran reportedly lost a close friend to cancer when he was in eighth grade, so he knew exactly how he would “pay it forward.”

During the event, Kieran—who graduated from New Century Technology High School in Huntsville—told KSNB 4 that he “didn’t want to just cut it off and drop it on the floor,” because “there are lots of people who need help” and he had found the perfect way to do his part.