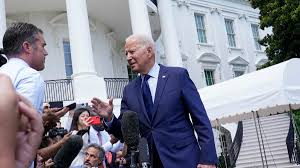 With Covid-19 cases fast rising in the United States because of the new Delta variant, many people are looking for reasons for the disease’s continued spread. However, the spread is partisan. The disease is spreading faster in red states that voted for former President Donald Trump. And this is happening because of misinformation from social media and television.

Now, some medical professionals are accusing misinformation of being just as deadly as the coronavirus itself.

“Some of them (media companies) have worked to try to, you know, up promote accurate sources like the CDC and other medical sources. Others have tried to reduce the prevalence of false sources and search results,” said Surgeon General Vivek Murthy on “State of the Union.” “But what I’ve also said to them, publicly and privately, is that it’s not enough. That we are still seeing a proliferation of misinformation online. And we know that health misinformation harms people’s health. It costs them their lives.”

However, Americans also get lots of misinformation from social media sources.

President Joe Biden has taken on this issue.

“Facebook isn’t killing people. These 12 people are out there giving misinformation, anyone listening to it is getting hurt by it, it’s killing people,” Biden said. “It’s bad information.”

Biden referred to a report by the Center for Countering Digital Hate (CCDH) that cited 12 individuals, the “Disinformation Dozen,” who produced about 65 percent of the Covid-19 and anti-vaccine misinformation on social media.

FOX News Channel (FNC,) the highest-rated cable TV news network, has been a source of lots of misinformation about the coronavirus too. Several FNC hosts downplayed the virus, called it a hoax and later disparaged the Covid-19 vaccines.

However, Rupert Murdoch, FNC owner, received his Covid-19 vaccine from the British National Healthcare System last year. Also, many of the same FOX News anchors who denigrated the coronavirus vaccine are vaccinated.

The network has a policy that requires everyone to be vaccinated before they return to the studio.

“Fully vaccinated individuals who have entered their vaccination information into Workday are not required to wear a mask or socially distance while at work,” said Mediaite citing a FOX News document.

“There are a lot of those people giving you medical advice on television, and you should ignore them,” said Carlson on his show. “The advice they’re giving you isn’t designed to help, it’s designed to make you comply. And you shouldn’t comply mindlessly. You’re an American adult. You’re allowed to ask simple questions and then demand clear answers. That’s why we live here. That’s your birthright.”

However, some media figures are pushing back against FOX News’ promotion of dangerous misinformation.

According to Carl Cameron, a former FOX News reporter, his old network promotes misinformation because it’s good for ratings. They don’t care if they kill their viewers.

“Whoever gets the most clicks on social media, makes the most money, gets the most fame, gets the most attention and that type of activity is not journalism,” said Cameron in a CNN interview.  “It’s not news. It’s gaslighting. It’s propaganda.”

FOX News is popular among people over the age of 70 who are most susceptible to the coronavirus.

A great example of the danger of Covid misinformation is seen in Linda Zuern, a Trump supporter from Maine. She refused to get the vaccine and believed that hydroxychloroquine, promoted by the former president, could stave off the disease. (The drug has proven to be ineffective at treating Covid-19.) Zuern also promoted Covid-19 conspiracy theories.

She contracted the coronavirus in South Dakota, a red state where Gov. Kristi Noem rejected mask mandates. Zuern died on Friday of Covid-19 at age 70, according to The Cape Cod Times.