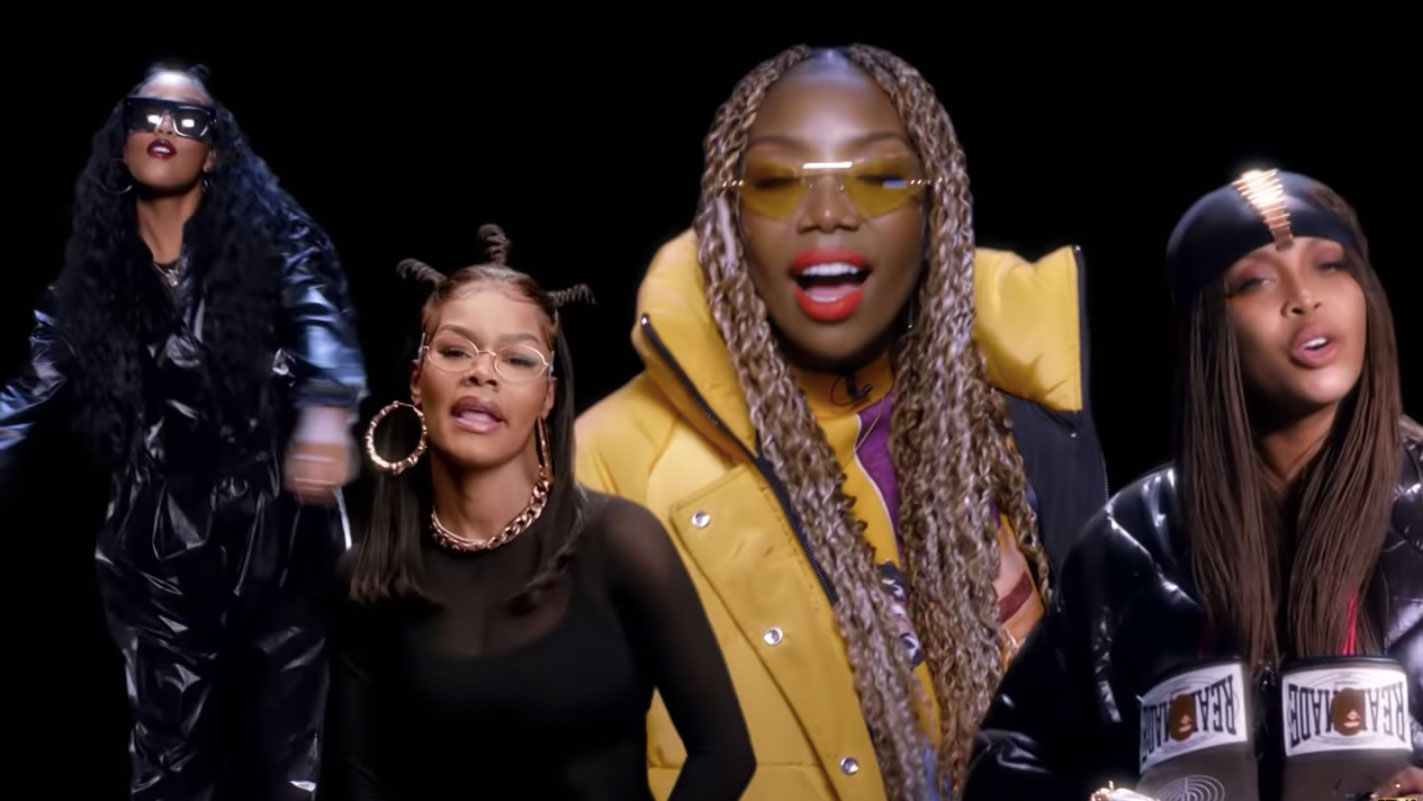 Nationwide — You in the virtual hood now, baby! The 2020 BET Hip Hop Awards debuted on Tuesday night and we’re here to give you that awards show scoop.

The hosts of the night were 85 South (Karlous Miller, DC Young Fly and Chico Bean), who coupled their hosting duties with the skits they’re known for. Instead of walking up to the stage, the presenter and winners pulled up to the trap house.

Cordae (also known as the turnt and supportive boo-thang to two-time U.S. Open champion Naomi Osaka) opened the show with a powerful message via freestyle.

“What is the purpose of our existence? What are you content with? What are we really after in life and what are your intentions? What’s the essentials to living? These fundamental decisions are quite necessary,” he rhymed (h/t BET), later adding, “Our idea of freedom is being held for hostage, but it don’t matter because we dealt with the worst.”

City Girls gave us cheetah vibes, performing their song “Pussy Talk” (but edited to “Kitty Talk” for TV, of course!)

Everybody knows the climaxes of the BET Hip Hop Awards are the cyphers. Folks like Chika, Adé, Flo Milli came through to spit their best rhymes.

This year, “the ladies had something to say,” featuring cyphers with the ladies of R&B.

In fact, prior to the show, Brandy reminisced about that epic “I Wanna Be Down” performance from the 2014 BET Awards and as I looked at the cypher, I realized why. She (as Bran’Nu) recreated the girl power rap rendition with Teyana Taylor (who took home Video Director of the Year), H.E.R., and Erykah Badu.

As noted in our nominations report, DaBaby, Roddy Ricch, Megan Thee Stallion and Drake were on the leaderboard, but who took home the most wins?!

Megan Thee Stallion took home 3 awards (including Hip Hop Artist of the Year), followed by Beyoncé (who won for her appearance on Megan’s “Savage Remix”) and Roddy Ricch with two awards each.

Rapsody won the Lyricist of the Year Award, which she said was not only her first BET Award but her first award ever. “For Lyricist of the Year—the women don’t always get recognized for that,” Rapsody said, giving tribute to female emcees such as Lauryn Hill, MC Lyte, Queen Latifah, and more.

Master P received a special award—the I Am Hip Hop Award, presented by Snoop Dogg. “I want to thank every kid on the block. I want them to know that one day you can make it out the block because I did,” Master P said in his acceptance speech.

During the In Memoriam segment, Quavo came through with a special tribute performance for the late Pop Smoke (who posthumously won the Best New Hip Hop Artist award). Cordae also did a heartfelt tribute of reminiscing for the late Juice WRLD.

We also appreciated the LGBTQ inclusion with the ceremony’s BET Foqus campaign.

Naturally, since it’s exactly a week before the presidential election, Kamala Harris stopped by and encouraged everyone to vote.