Back To School Year Warning: Nearly Two Thirds (64%) Of Californians Say Distracted Driving Getting Worse Across State, With Teen Drivers At Greatest Risk, According To New John Zogby Strategies Poll 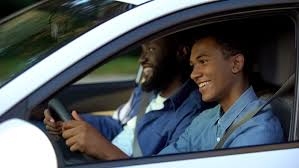 80% of Californians Say Teen Drivers Most Likely to Send Text Message, Check Social Media, or Surf the Internet While Driving

Sacramento, CA — Sixty four percent of Californians are concerned that distracted driving is a threat to their safety as in-person learning resumes, according to a new poll of 602 Californians conducted by Zogby Strategies in conjunction with Students Against Destructive Decisions (SADD) and Root Insurance. In fact, 64% of parents with children under the age of 17 believe the problem has gotten worse over the past several years. From 2015- 2019, there were 979 teen driver and passenger fatalities in the state.

The problem is particularly worrisome in Southern California where 70% of respondents said distracted driving is getting worse and only 6% believe it’s getting better. Traffic deaths in Los Angeles are up this year over last year, which was already a particularly deadly year. In fact, since the city announced Vision Zero to reduce traffic deaths in 2015, pedestrian deaths have increased 36%.

The poll also found that Californians are nearly united (90%) in their belief that texting is a distraction while driving. Checking social media came in second at 66%.

Indeed, about 50% of drivers admitted to using their phone while driving. Of note, the reported rates of phone usage while driving was 13% higher for women than men. And Bay Area residents were five times more likely to use their phone when they get a call or text compared to drivers in Southern California. Since San Francisco’s Vision Zero policy initiative was announced in 2014, 200 have been killed and 20,000 injured in traffic violence.

Californians were overwhelmingly supportive of creative solutions to combat distracted and unsafe driving. 70% of Californians said they’d be likely to try apps on phones that can measure and provide feedback on driving ability (including whether a driver uses their phone), especially if it was tied to more affordable insurance premiums.

And over 62%, including over 80% of teens, said they’d be more likely to support such technology if the government imposed limits on how their data was used or sold.

80% of respondents said they think it’s fair to base car insurance rates on how you drive. This was true across demographic groups. However, as it stands, California is the only state in the country to not permit insurance rates to be based on driving ability.

The support for tying real-time evaluation of how one drives to insurance premiums is not surprising. In October 2019, 12,000 Los Angeles drivers downloaded such an app that could evaluate their driving. The winner won $20,000 and was called LA’s safest driver by the New York Times.

Said John Zogby, “By a large margin, Californians want to see drivers less focused on their phones, and more focused on the road. Perhaps surprisingly, the data also shows there’s a real opportunity to solve this problem in a way that’s popular with all California drivers, including teens and parents. Ensuring safer roads appear to be politically possible.”

Said Rick Birt, President & CEO of SADD, “This poll should serve as a wakeup call for California lawmakers that families and students are desperate to make our roads safer. After one of the deadliest years on record for California roadways, we need lawmakers to support innovative solutions that can finally tackle this problem. Now that we have the technology to better understand who’s likely to text and drive, we should use it to incentivize drivers to make safer decisions. This is a matter of life and death, and we can’t waste any more time.”

Said Kathy Mitchell, Director of Government Affairs for Root, Inc., “Californians are clearly looking for innovative ways to tackle the distracted driving crisis. Rewarding safer, less distracted drivers with lower auto insurance rates is a common sense next step that every other state in the country has taken. Everyone deserves to know how they drive, and good drivers should be rewarded for following the rules of the road.”