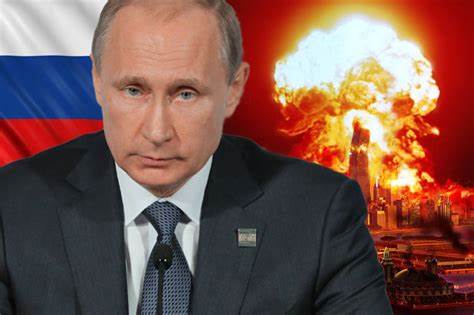 The war in Ukraine has reached a dangerous point. After suffering several losses, Russian leader Vladimir Putin has threatened to use nuclear weapons against Ukraine and countries that come to its aid.

Putin is in a precarious situation. The Ukraine war has gone badly for Russia. It has lost about 80,000 soldiers in less than a year of fighting. The country has suffered several embarrassments on the battlefield with soldiers injuring themselves to get out of fighting and equipment breaking down. Ukrainian forces, aided by American intelligence and hardware, also recaptured several towns that were taken by Russia in the initial stages of the invasion. And that might be why Putin is willing to use the nuclear option. Putin has been supported by former Russian president Dmitry Medvedev.

Another problem facing Russia is the war is very unpopular at home. Putin has issued a mass mobilization of soldiers, the first since World War II. Russia has gotten so desperate it’s recruiting soldiers from the ranks of prisoners and promising freedom if they fight on the battlefield.

But many Russians are against the war. Thousands of Russian men have been seen streaming out of the country. A recent satellite photo posted to Twitter showed a column of vehicles leaving the country that stretched thousands of miles.

Many Russian fighting-age men say they are not “willing to die for Putin.” Mass protests have also rocked the nation, and Putin has survived at least one assassination attempt. Several Russian politicians have called on him to step down.

If Putin decides to use nuclear weapons, it will be the first time these kinds of explosive devices have been used since 1945. The first and only use of nuclear weapons was in World War II, when United States forces used them to bring about a Japanese surrender. Those bombs destroyed the cities of Hiroshima and Nagasaki. The death toll was estimated to be about 150,000.

President Joe Biden has been watching the situation closely. He urged Putin to not use nuclear weapons. “Don’t. Don’t. Don’t,” said Biden when asked about the question in a recent “60 Minutes” interview.

But if it came to that point, the United States would be forced to respond with a similar weapon.

“It’s very important that Moscow hear from us and know from us that the consequences would be horrific,” said Sec. of State Antony Blinken in a “60 Minutes” interview.

If Putin used a nuclear weapon, it’s likely to be “a battlefield nuke.” These are small nuclear weapons that have a limited range. Still, there is a fear of nuclear fallout which could spread to several countries.

“Now, it could be a reality,” said Zelensky in an interview with CBS. “Let’s look, what is a contemporary use of nuclear weapons or nuclear blackmail? He targeted and occupied our nuclear power plant and the city of Enerhodar.”

Zelensky added Putin has been embarrassed by the failure of the Russian military in Ukraine.

“He knows that he’s losing the war,” Zelensky said. “In the battlefield, Ukraine has seized the initiative. He cannot explain to his society why, and he is looking for answers to these questions.”