Ahmaud Arbery We Speak Your Name 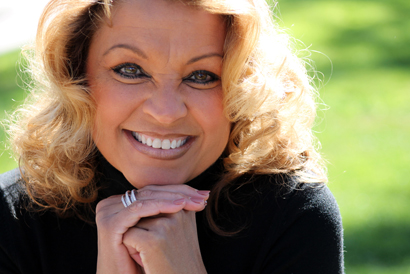 Upland, CA — We all have our personal lanes we travel, but there comes a time when we all must cross over and merge into oncoming traffic if we want things to change.  I am grateful to my various colleagues and community partners that allow me to share my thoughts and opinions that will hopefully reach people that follow my work.  By now we have all heard about the 25-year-old African American man, Ahmaud Arbery, who was shot down in cold blood by two white men while he was innocently jogging in Georgia. I am crossing out of my conventional lane to speak up and speak out against such injustices. We must all take a stand.

It is sad that Mr. Arbery was minding his own business, not bothering anyone and his rights were instantly taken from him as well as his life. Two white men saw him, and, in my opinion, they made it their mission to go after him and ultimately kill him.  I also feel their act was racially motivated. Racism is alive and well in America. Ahmaud did not have a gun and he was not a threat of any kind and yet they persisted at attacking him.  Ironically, the elder McMichael is a recent retired police officer, so we continue to see police brutality being served on our men. The McMichael’s have finally been arrested, but their trial is still ahead of us. We know if this had been two black men going after a young white man, they would have been arrested and tried as soon as it occurred. Or possibly even killed.  We all stand waiting for justice to be served.

The McMichael’s used the excuse that they thought Arbery was a burglar.  Really? He was a good man and was not even a suspect for anything. He was a former high school football player who was liked and appreciated by many.  If he had been a young white man and they thought he was a burglar, would they have gunned him down in the street? We know the answer is no.  We cannot stop people from doing whatever they plan to do; however, we can make sure that if they commit cold blooded murder, they are held accountable, tried and prosecuted to the full extent of the law.

The situation with Ahmaud Arbery hurt my heart.  I am the mother of a handsome, intelligent and productive African-American son, I have a beautiful two year old African-American grandson; and a host of nephews, cousins and friends that could experience the same fate if something isn’t done. It scares me that each day they walk out the door they may not return home. We know this is not a new phenomenon.  Men of color have been killed because of the color of their skin, because of racism, and for any reason a white man would want to kill them for generations. Institutional Racism has to be eradicated. We must all make our voices heard and do our part in our specific lanes.

I asked myself what can I do since I live in California?  After doing some research and looking at what was posted on social media, I found a press release where the NAACP, the National Urban League and National Action Network among others came together to release a joint statement.  I decided to put my money where my mouth was and re-join each of these national organizations to show my support. They can inflict pressure in ways that individuals cannot do making sure the McMichael’s are held accountable for their actions and that a full independent investigation is launched. We all need to use our lanes to make a difference and help with justice and healing.  Ahmaud Arbery, we speak your name!

Visit www.WendyGladney.com and www.forgivingforliving.org to learn more. Wendy is an international coach, consultant, trainer, author and speaker. She can also be found live on Instagram @Wendygladney on Wednesdays at 12 noon PST.