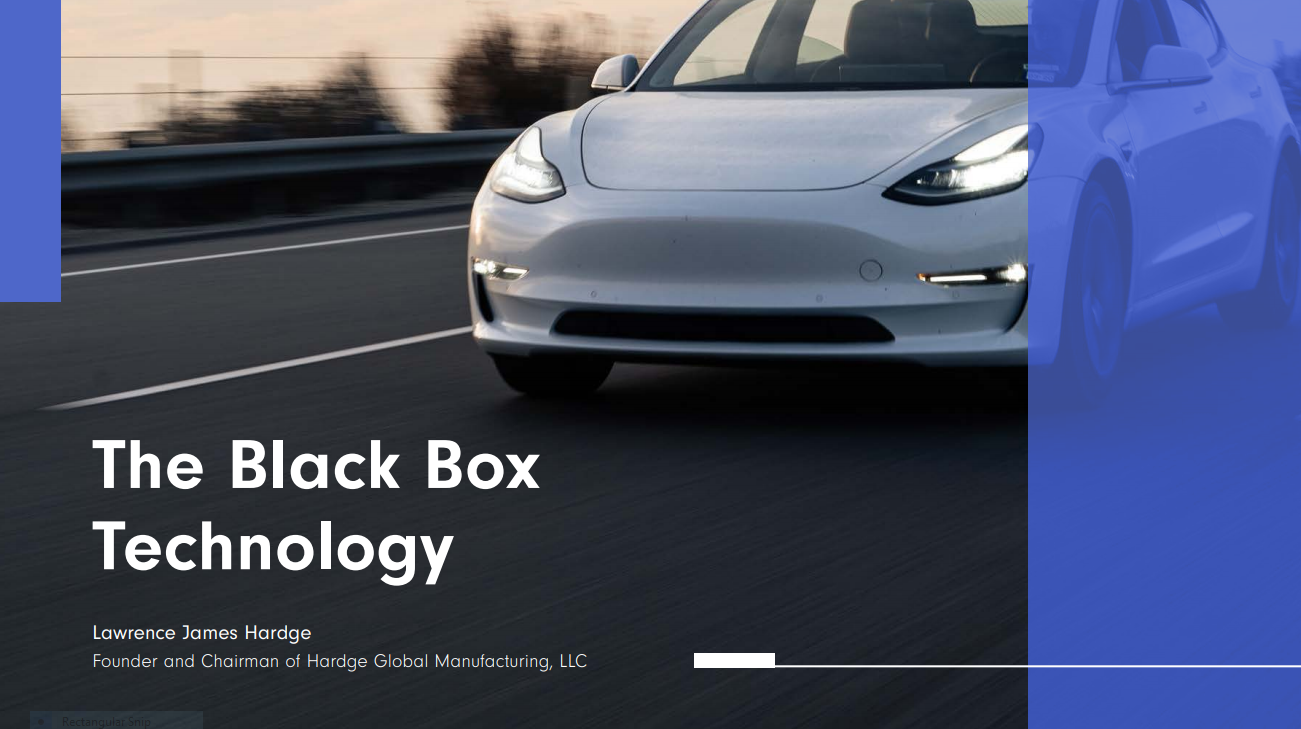 Hardge boasts that his technology offers a vast array of versatility in powering electric vehicles (i.e., electric golf carts, bikes, wheelchairs, and other electric recreational vehicles), and testing to date reveals that HGT’s technology does not experience overheating.

HGT’s Black Box Technology increases the mileage of an electric vehicle’s charge and at the same time is expected to change the public’s perception as it relates to the proverbial battery anxiety.

The first test of Black Box Technology revealed that a Chevy Bolt in high drive mode with cruise control set at 40MPH, with the car’s radio lights and air conditioning turned on, ran for an equivalent of 270 driven miles. At the conclusion of the test the car battery still had 37.6 percent battery power life remaining.

The second test of Black Box Technology revealed that by turning on the car and putting it in high drive mode while using the cruise control at 40MPH, with the car’s radio lights and air conditioning turned on, the car ran for an equivalent of 270 driven miles. At the conclusion of the test the car battery still had 38.8 percent battery power life remaining.

Earlier testing of an electric golf cart reveals that even with the throttle fully engaged at the cart’s top speed of 15 mph, HGT’s technology experienced a runtime of 1357 minutes, which equates to 22.6 hours. That is equivalent to a travel distance of 339 miles on one charge. Industry standards for golf carts typically range between 30 – 60 minutes at best.

“Growing up I always had a passion for creating new products and enhancing existing ones. I was always tinkering with batteries,” said Lawrence Hardge. He added, “To have a revolutionary product that can possibly impact the global electric vehicle industry is simply amazing to me, and while I am excited about the endless possibilities beyond today, I am even more excited about the educational opportunities that exist for young people.”

Senior VP of Government Affairs for Hardge Global USA, Danny Wilkerson said “Ford is leading the way in the Detroit Metropolitan area, and having a press conference inside the Innovation District is in alignment with our shared vision for building a future that meets the needs of all communities.”

The unveiling of HGT’s ground- breaking technology in front of the new Ford landmark is significant in that this was formerly known as the Michigan Central Train Station. This station was known to be the heart of Detroit’s industrial empire, which held a bright future for the city’s automobile industry. This site was visited by well known figures such as President Theodore Roosevelt and inventor Thomas Edison. Roosevelt was the first of several presidents to visit the historic building. The park in which the train station was once located was named after President Roosevelt shortly after his untimely death.

Today this historic building is owned by Ford. Hardge noted during his first press briefing that the sound of construction was “music to his ears” because it represents job opportunities for thousands of eager citizens looking for work in the automobile industry, but it also means educational provisions for young people. Hardge is excited about the endless possibilities that will soon lead to the revival of Detroit’s economy.

As HGT continues to evolve, one of the primary goals is to educate and train young minds, who will ultimately be able to work with Hardge and his team to impact EV technology on a global scale. As the world eagerly awaits, one may wonder whether or not this technology will allow electric cars to eventually compete in events like the Detroit Grand Prix? With statistics like those unveiled by HGT, the possibilities are endless.