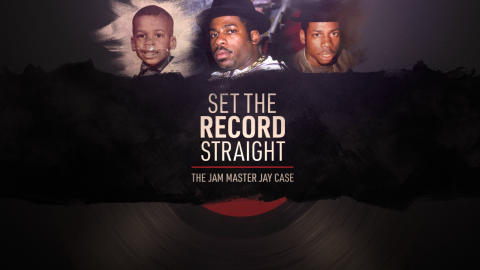 Emmy® Award-winning ABC7 Eyewitness News reporter Darla Miles examines the legacy of the hip-hop icon and the investigation into his death that went unsolved for 18 years. The documentary features interviews conducted by Miles, which reveal new and exclusive details about the case. Miles secured on-the-record interviews with the New York Police Department (NYPD), speaking to the highest-ranking African American in the NYPD, Chief of Department Rodney Harrison, former Chief of Detectives Robert Boyce and former Detective 1st Grade Derrick Parker. They discuss complications with the investigation at the time of the murder and explain what led to the arrests of two suspects by the cold case unit.

On Oct. 30, 2002, Eyewitness News reported the news of Jam Master Jay’s death. Over the years, WABC continued to bring viewers exclusive details and robust coverage about the investigation. After nearly two decades, Eyewitness News is still the only news outlet to continue to deliver exclusive content.

There are numerous impassioned stories from industry experts, family members and childhood friends sharing stories and insight into the life and last days of hip-hop’s legend.  The documentary also features original music from Charles Mack, an Oscar ®-nominated composer.

WABC-TV has been the leader in local news and entertainment programming in the New York City area for more than 60 years. Producing more than 45 hours of live, local news and weather each week, Channel 7 “Eyewitness News” is the most watched local news in New York and the United States. WABC-TV also produces “Live with Kelly and Ryan,” weekdays at 9:00 a.m., which is seen in more than 200 markets across the U.S. Quality news and programming, cutting-edge technology and ongoing community outreach are the hallmarks of excellence that have consistently kept WABC-TV New York’s No. 1 station and the most-watched television station in the nation.