Home > Family > “A Beautiful Pregnancy Overall”: BOE Member Malia Cohen Prepares to Give Birth Amid a Virus and Violence

“A Beautiful Pregnancy Overall”: BOE Member Malia Cohen Prepares to Give Birth Amid a Virus and Violence 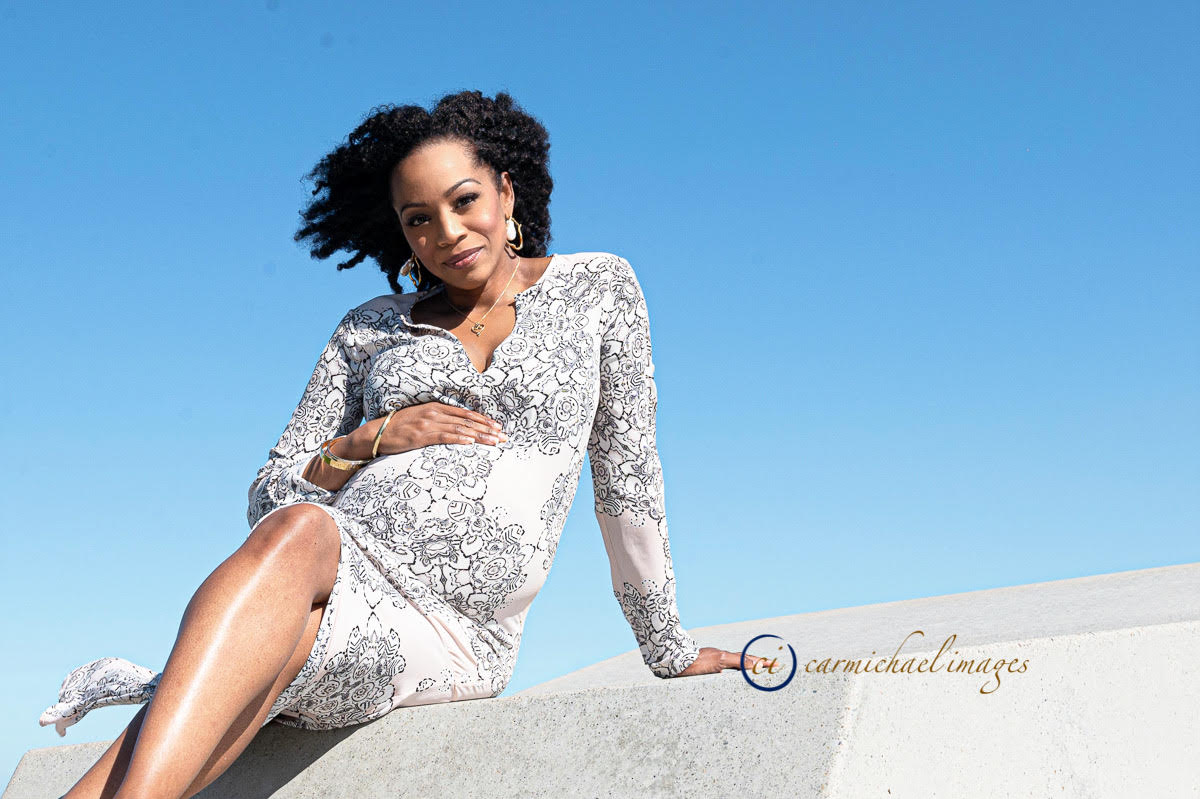 About 41 weeks into her pregnancy now, California Board of Equalization (BOE) member Malia Cohen, who is the state’s only African American woman constitutional officer, is preparing to give birth on Sept. 3.

Motherhood will be a new role for Cohen, a veteran leader and elected official, who served two terms on the San Francisco Board of Supervisors, and now administers California’s $70 billion property tax system as a Member of the BOE, representing 10 million people in 23 counties. Last week, the San Francisco Board of Supervisors voted unanimously to approve Cohen’s nomination to serve on the city’s Police Commission.

Although Cohen could not host the fancy themed baby shower she had once imagined because of the COVID-19 pandemic, on Father’s Day Cohen hosted a “gender” reveal on Zoom instead.

Before that virtual event, Cohen and her best friend mailed party poppers to her close friends and family members, including her mother, mother-in-law and sister. On the video call, her loved ones chanted a countdown with Cohen and her husband before the couple announced that they are having a girl to a Zoom room of cheering loved ones and streaming popper confetti.

She has assembled a “birth team” for her delivery, too. It is scheduled to happen at the San Francisco Birth Center.

“The birth center allows me to deliver with a team of trained midwives, a Black pediatrician and my birth team, who are my mother, my husband, my sister and my doula,” said Cohen. It’s a professional emotional support system. They will all be around me when I’m laboring.”

Cohen says being allowed to have other close relatives in the delivery room besides her husband was one reason for choosing a birth center over a traditional hospital. Another was safety. An uptick in coronavirus cases in California over the summer sealed that decision.

In addition to planning her birth, working out to stay in shape, and meditating to keep her stress low, Cohen has managed to balance her BOE responsibilities with keeping public speaking commitments and staying involved in state policymaking. She has worked with the governor’s office to get several executive orders in place to provide relief for taxpayers.

She also watches and has called into legislative committee hearings to testify on various issues, and she has written letters to support or oppose a number of bills. Cohen lent her voice in support of ACA 5, authored by Assemblymember Shirley Weber (D-San Diego), that would

repeal Proposition 209, and bring affirmative action back to California’s public agencies. ACA 5 is now on the November ballot as Proposition 16, and Cohen is campaigning hard for its passage.

“I’ve had to rely on technology to get things done,” says Cohen whose home office, she says, has been upgraded with a ring light for Zoom or Microsoft Team calls, two laptops, a scanner-slash-printer and the “fastest internet speed possible” to make her telecommuting seamless.

“These coronavirus times are sure different,” says Cohen, recalling the rush to jump on the train to Sacramento and attend government meetings in person. “I really miss reaching out and working to solve problems face to face,” she says, citing another impact of the pandemic.

Cohen says, overall, she has managed to keep her life and responsibilities in order. But there are times when those cravings hit, Cohen says. “They are not so manageable.”

At work, Cohen says right now one of her main priorities at the BOE is working on providing safe remote hearing for the Assessment Appeals Boards. That body resolves property value disputes between taxpayers and assessors who appraise properties.

Because of the pandemic, Cohen says the BOE has had to make major adjustments. “To use the expression,” she explains, “we are building the plane while we’re flying.”

Away from work, Cohen says watching George Floyd’s murder on TV and seeing reports about Breonna Taylor and Ahmaud Arbery murders, as well as following the protests across America and the world, have taken a toll on her.

“You begin to wonder: What kind of world am I bringing a baby girl into? There are days when I watched the protests and I just sat on the couch crying, just weeping,” says Cohen, who was able to get out to speak at one Black Lives Matter protest in San Francisco. “I wanted to march, too, but I realize that I had to protect myself and my baby.”

Cohen says a source of stress that has always been in the back of her mind is looking honestly at how the country cares for Black women.

“There is a disparity between Black women and White Women. Less Black women carry their babies full term,” Cohen pointed out.

Through it all, Cohen says she stays positive and remembers all the things she can be thankful for like being able to take naps when she gets overwhelmed by sleepiness or not having to commute from her home in San Francisco to weekly meetings in Sacramento.

Then there’s the inspiration of Kamala Harris. Cohen says she been a supporter of the former California Attorney General since she was a DA in San Francisco. Cohen served on the city’s Board of Supervisors and worked with Harris on more than one occasion. Cohen says that Harris’ selection to run as Vice President “Is but one more step in a long road towards justice and representation for African Americans.”

For now, Cohen says she is preparing to go into labor and for all the joys and challenges that are bound to follow.

“I can’t wait to pour into her everything that I’ve learned, my understanding of the world,” says Cohen. “Pouring into her curiosity; a respect for other people and cultures; a desire to travel; and resiliency. Our daughter will inherit the world we will make better through our struggles and our commitment to justice.”

As we ended our interview, Cohen added, “Every day I have a smile on my face and joy in my heart when I think of her. I can’t wait for her to be born!”