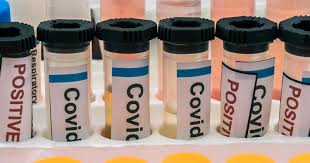 The COVID-19 virus continues to spread in the Los Angeles area. At this point, the LA metro area is close to becoming a disaster zone with hospitals full to the gills.

The numbers are equally grim.

“Please do not underestimate this virus or let your drive to interact in person with friends outweigh following the safety measures that are put in place to save lives,” she said. “We cannot make the same mistakes we did last year. There were far too many gatherings, viewing parties, and celebrations with others that contributed to increased cases; the outcome will be disastrous to our healthcare system if we don’t follow the rules.”

The city is getting strict in enforcing the business shut down.

“Since the end of August, a total of 613 citations have been issued. For businesses that remain out of compliance, citations may be issued for up to $1,000 per occurrence,” said the press release.

The situation is much better in San Bernardino County. According to health department statistics, more than 1,500 people have died from the disease and about 210,000 have been infected. However, the disease is still “widespread” in the county.

There is some hope on the horizon as the coronavirus vaccine rolls out. A San Bernardino County press release talked to some medical personnel on how they felt after receiving the vaccine. (The vaccine is being first rolled out to healthcare workers and nursing home residents.)

“’I feel great, with absolutely no side effects,’ said Dr. Carol Lee, program director for the Department of Emergency Medicine’s residency program. ‘I found it less painful than the routine flu vaccination I get every year,” she added,” said the press statement. “Dr. Danny Fernandez, an emergency room physician in his second year of residency, had a similar experience. ‘I feel as fine as I did before [getting the shot],’ he said. ‘This is similar to other vaccines we take, and [getting vaccinated] is an easy process — not something to be feared,’ said Dr. Fernandez, who considered it ‘an honor to be among the first recipients’ of the vaccine.’”

However, there has been a COVID-19 outbreak at the San Bernardino County jail with more than 800 prisoners and 800 jail employees testing positive. According to a press release, the inmates are being monitored in a separate part of the jail. Jail employees who tested positive have been told to isolate themselves at home.

The county has increased the hours at testing facilities, which are now open until 8 p.m. on weekdays and on Saturdays.

“Getting tested is both painless and cost free,” said Board of Supervisors Chairman Curt Hagman, “and for those with an appointment, it’s quick, easy and convenient. So please, schedule an appointment at your earliest convenience.”

“CA will be opening mass vaccination sites this week including Dodgers Stadium, Padres Stadium, and CalExpo,” said Newsom in a Twitter post.