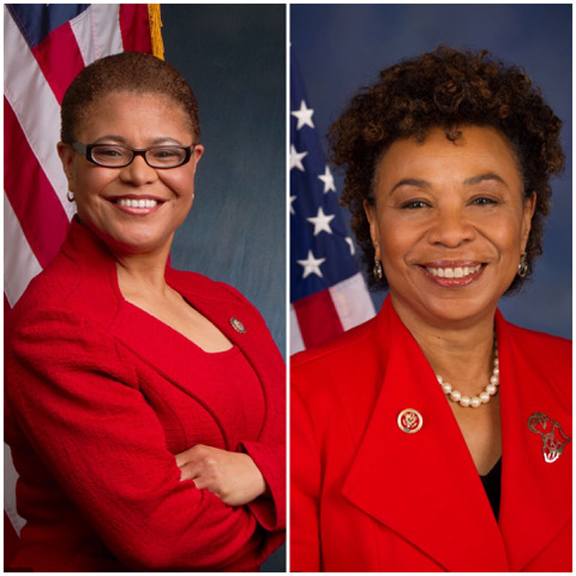 On a call Monday, Congressional Black Caucus (CBC) leaders announced they submitted an economic proposal to House and Senate Democrats.

From money for head start and non-profits to moratoriums on car debts, student loans, rents and mortgages, the 11-page document listed the CBC’s priorities for nearly $2 Trillion in federal funding. It also includes financial support for small businesses and independent contractors.

The government plans to pump the money into the  economy to prevent it from crashing under the weight of fallout from the global Coronavirus pandemic.

Two members of California’s delegations to the U.S. Congress – Rep. Karen Bass (D-CA-37), Chair of the CBC, and Rep. Barbara Lee (D-CA-13) are leading the charge.

“We have been fighting from day one to make sure that our priorities are included in any federal stimulus package,” said Lee.

Lee said the priorities listed in the report are based on input from members and other stakeholders.

“While the pains are deep across the national economy, they are deeper in Black communities already struggling with decades of federal divestment and a widening racial wealth gap. We must offer bold solutions that will directly assist people and revitalize the entire economy,” a CBC statement read.

Some of the CBC’s priorities have already been incorporated in the first two bailout bills passed by the U.S. Congress and signed into law by President Trump.

The House and Senate are expected to iron out differences regarding the third bill shortly.

Bass said the third bill has failed to pass twice because because Democrats contend that there is no safety net for American families included in it, and there are too many giveaways to major businesses with very little oversight or accountability. She said Speaker Pelosi and Democrats are working hard on the stimulus package.”

Other highlights are $3 Billion in emergency funding for HBCUs; making outstanding payments to Black farmers from a federal discrimination lawsuit; $1 Billion for Head Start; $4 Billion for child care for people impacted by the COVID-19 crisis; $4 Billion for non-profits; and $82 Billion for rural broadband connections; among other items.