The move he has described as a “moral” decision sparked outrage across the state, particularly in some quarters of the state’s Republican establishment and among some victims’ families and a large number of county prosecutors. Many of them have been vocal advocates of capital punishment over the years.

“It’s always better to be rich and guilty, then poor and innocent,” the governor said during his announcement, referring to the uneven way the death penalty has been applied historically. “I cannot sign off on executing hundreds of humans knowing some of them are innocent.”

Some African-American families of murder victims across the state understand the governor’s position. Although they carry the bitterness and grief that typically follow losing a loved one to murder, for them, the governor’s move is a step in the right direction. It is an attempt to fix a flawed system that has killed too many innocent people, particularly African Americans, much like the senseless cycle of criminal violence that claimed most of their relatives’ lives.

In 2003, Sherrills lost his own son to a murder. Like many murder victim family members, Sherrills says he still feels the shock and pain of his son’s death as if did not happen nearly two decades ago .

Unlike most of the families his organization supports, though, he wholeheartedly applauds the governor’s decision.

“There is no closure in watching someone be murdered,” said Sherrills who once negotiated a truce between the Bloods and Crips gangs in Los Angeles.

Sherrills’s son Terrell, a college student from Watts, was only 17 years old when an unknown gunman fired 5 shots at him from the back, taking his life. The teen, on Winter break from Humboldt State University in St. Arcata, was hanging out with a group of high school friends in Ladera Heights after a party when he was killed.  No arrests have been made, no murder weapon found, and police have not followed up with the victim’s family since the murder.

A study published in the Santa Clara Law Review found that murderers who kill Whites are three times more likely to be sentenced to die as those who kill African Americans.

Other research conducted by the Innocence Project, a group that uses DNA evidence to re-investigate death row cases, helps to rationalize Gov.’s Newsom’s decision. Evidence presented by the organization has helped to overturn a total of 364 sentences around the country. Many of those exonerated were doing life sentences or on death row for murders they did not commit. And according to the National Academy of Science, 1 in every 5 felons facing the death penalty in the United States is innocent.

“It has provided no public safety benefit or value as a deterrent. It has wasted billions of taxpayer dollars. But most of all, the death penalty is absolute, irreversible and irreparable in the event of a human error,” said Newsom in a press statement.

In California, there are 737 death row inmates, the largest number in the United States. People of color make up a disproportionate 66.4 percent of that number and the majority of those convicts come from Riverside and Los Angeles counties where there are large minority populations. Only 24 felons of the total number on the state’s death row have exhausted their appeals process and were condemned when Gov. Newsom banned capital punishment last week. Since 1976, when the U.S. Supreme Court reinstated the death penalty, the state has only executed 13 felons. 120 others have died of natural causes or suicide.

Newsom also emphasizes the high cost. The death penalty system, including the appeals process, has cost the state $5 billion since 1978, he said. That number breaks down to about $150 million every year. He said that money would be better spent in other areas, such as restorative justice.

Opponents say the last three times ending the death penalty was introduced as a measure on the ballot, Californians voted to uphold it.

“Not only did Newsom defy voters with his brazen and dangerous act, he defied candidate Gavin Newsom as well. He campaigned for governor in 2016 and in 2017 on not letting his opinion undermine the will of the voters,” said a statement by the California Republican Party. “By standing with criminals, he disrespected the memory of victims and their families.”

According to the GOP press release, 25 of state’s death row inmates are responsible for killing six or more people.

On the other side of the aisle, many Democrats are cheering the governor’s move. Members of the California Legislative Black Caucus (CLBC) support it, too.

“Nobody understands more than the African-American community the troubling injustices in a system that has sentenced both the guilty and the innocent to death,” said the CLBC in a press statement that called the governor’s decision historic and long overdue. “Californians should no longer be burdened with the death penalty; a policy that does not deter crime, that costs taxpayers billions of dollars and that serves no discernible public good.”

On a conference call with reporters Feb. 19, Newsom said that he respects the point of view of Californians who don’t agree with his decision but explained that, ultimately. he has to sign the death warrants and he has to do it in good conscience. He also empathized with the families of murder victims and stated that his order is not intended to diminish the gravity of their loss.

Newsom’s moratorium on the death penalty, which will last through his term as governor, will not commute the sentences of the people currently on death row. Instead, they will be converted to life sentences without parole, he told journalists.

The decision affects several African-American inmates, including the high-profile case of Kevin Cooper, a Black man who was convicted of a quadruple murder in 1985. Even though Cooper has been on death row for more than 30 years, the details of his case remain publicly disputed. 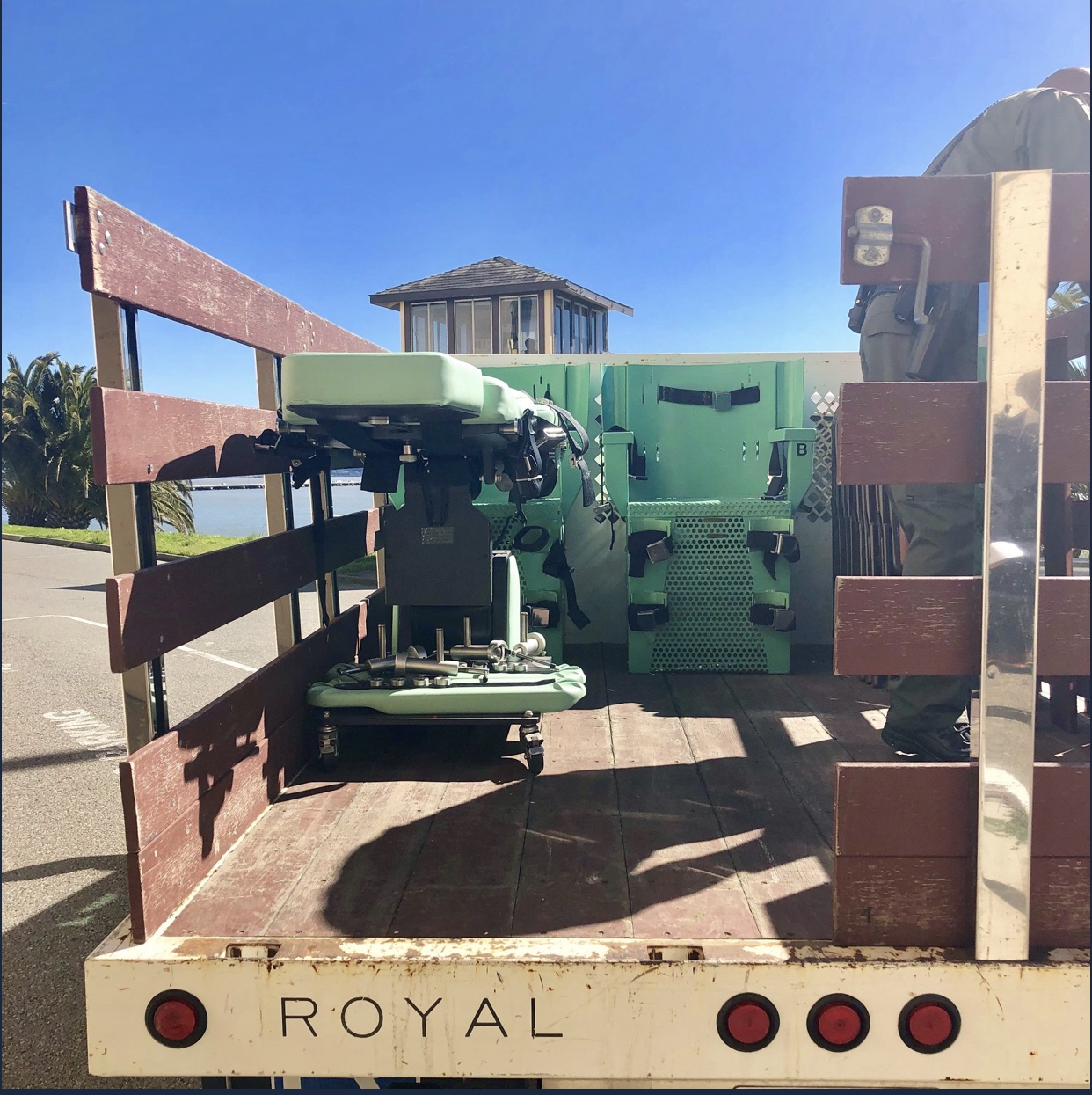 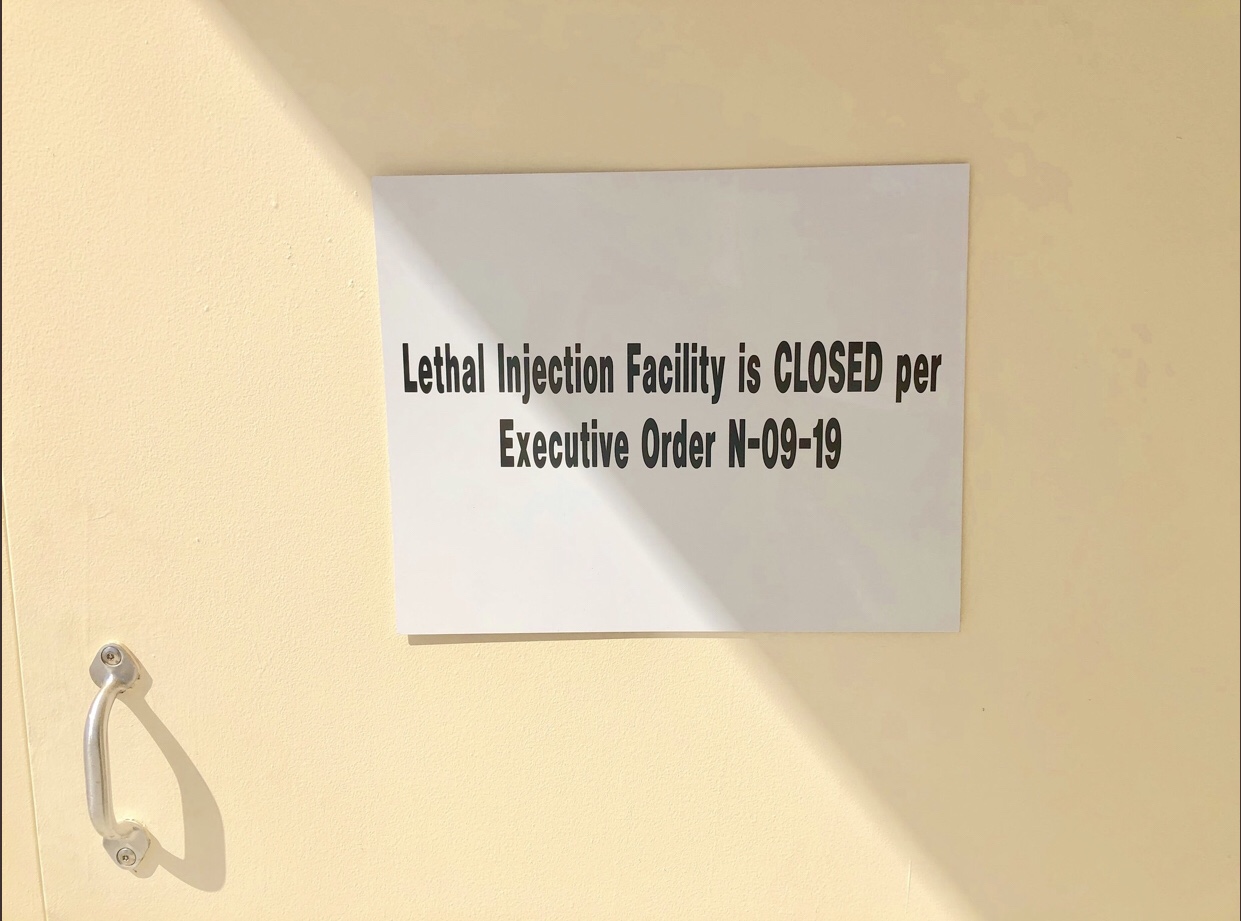