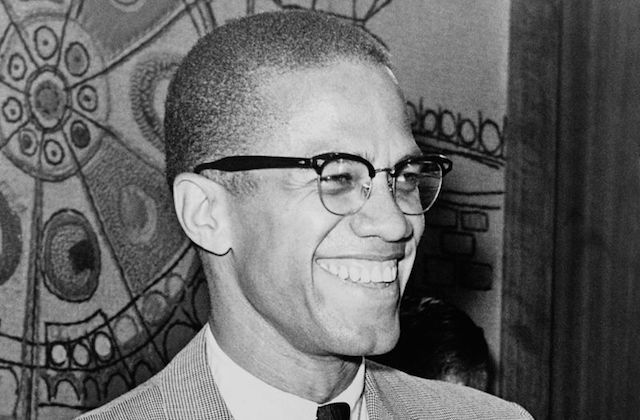 Malcolm X conducted much of his most ministerial work in Harlem. So it’s only fitting that an unpublished chapter of his and Alex Haley’s seminal work, “The Autobiography of Malcolm X,” will be preserved in a cultural center located on the Harlem boulevard bearing his name.

The New York Times reported yesterday (July 26) that the New York Public Library’s Schomburg Center for Research in Black Culture acquired the chapter, titled “The Negro,” for $7,000. The center purchased the pages during a public sale of Black history artifacts hosted by Guernsey’s auction house this week. The featured articles also included a Detroit house once occupied by Rosa Parks and the original “Autobiography” manuscript. Both the chapter and full manuscript, the latter of which the Center also acquired for an undisclosed sum, featured written notes from Malcolm X and Haley. The two artifacts join other material from Malcolm X’s archives at the Shomburg Center.

The Times notes that “The Negro” is one of three alleged unpublished chapters that Gregory Reed, a lawyer who has represented Parks and various Motown artists, bought after Haley’s death in 1992. Reed purchased the manuscripts for more than $100,000 as part of a sale to settle claims against Haley’s estate. Guernsey’s obtained this material after Reed filed for bankruptcy in 2014.

Reed previously teased the existence of this material during a 2010 reading at the former Audobon Ballroom, the site of Malcolm X’s 1965 assassination and current site of The Malcolm X & Dr. Betty Shabazz Memorial and Educational Center. He also gave Manning Marable 15 minutes to read the text as Marable researched his 2011 biography, “Malcolm X: A Life of Reinvention.” Reed told The Times that he could not answer questions about the chapters.

“The Negro,” as indicated in the following opening paragraph and sections photographed by The Times, critiques the moral justifications of White supremacy:

The Western World is sick. The American society—with the song of Christianity providing the White man with the illusion that what he has done to the Black man is “right”—is as sick as Babylon. And the Black man here in this wilderness, the so-called “Negro,” is sickest of them all.

The Times notes that editorial comments in the acquired materials point to an ideological and narrative tension between Malcolm X and Haley; for instance, the manuscript allegedly features several instances of Haley asking the orator to pull back on his denouncements of White people.

“Haley was trying to write a story using the conventions of narrative,” Zaheer Ali, the lead research assistant on Marable’s book, told The Times. “At some points, his problem with Malcolm was that he was speechifying. But Malcolm’s objective was to speechify, to present his arguments.” By Sameer Rao