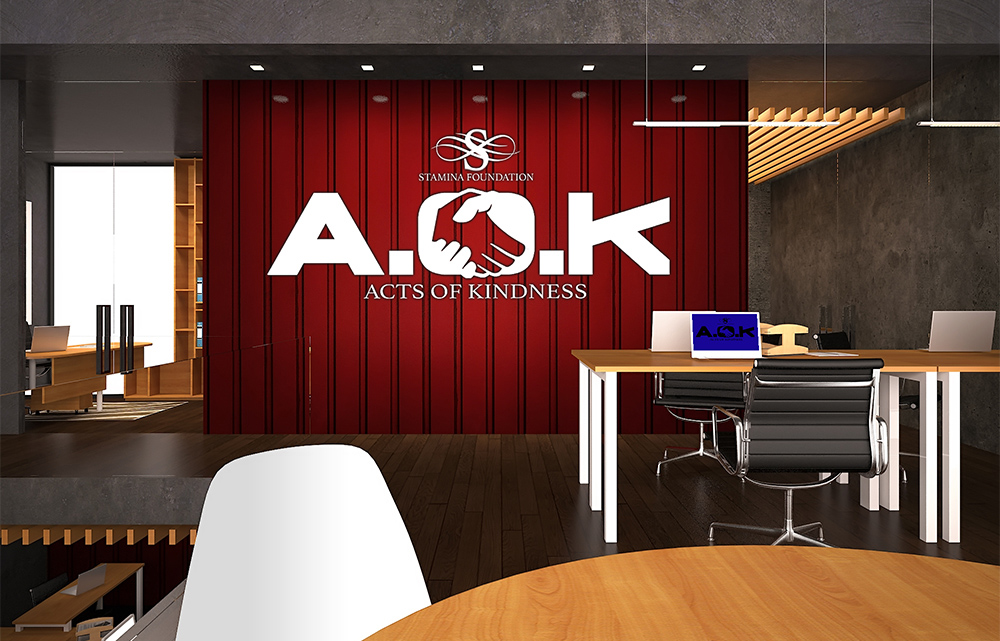 Derek Anderson, the former San Antonio Spurs star, wants to teach black kids how to talk to the police.

Growing up virtually homeless in Louisville, Kentucky, Anderson made the unlikely journey from inner-city high school to college basketball star at the University of Kentucky and then an 11-year career in the NBA, crowned by a championship with the San Antonio Spurs.

None of that would have happened, he said, had he not treated people with kindness from his earliest memory. Kindness is transformative.

That insight inspired him to create the Stamina Academy, an after-school and weekend program in his hometown. While free of charge, the school demands a lot from its students, who are boys ranging from fifth grade through twelveth.

The lessons taught are what sets Stamina Academy apart. Instructors present scenarios that students may encounter in everyday life and teach them how to manage potentially explosive encounters—including ones with law enforcement. The scenarios are filmed to be watched and studied.

In one film, a student plays a police officer who has just pulled over another student in a random traffic stop, as often happens in the real world. The pretend-officer challenges the student with increasingly uncomfortable questions. The student-driver learns how to keep calm and avoid feeling provoked.

The real-world lessons may be just as valuable as learning to diagram a sentence or remember what happened on July 2, 1776. “It’s just as important that kids have strong life skills as it is they achieve in the classroom,” Anderson said. “We want to produce well-rounded kids who can avoid challenging situations through knowledge and being kind and positive, and who understand it all starts simply with being nice.”

Anderson insists his calm demeanor has carried him through, around and above various situations.

Staying calm wasn’t easy. His father was not in his life and his mother, who battled drugs, often was not there.

“When I wanted a job at the candy store and grocery store, I was kind and polite and it helped me get hired,” Anderson said. “When I needed to sleep at someone’s home, I was kind and grateful. Always. That’s what got me through.”

Anderson uses basketball to lure his 76 students. The former star player takes a hands-on approach to coaching, and his players benefit from his vast experience and know-how.

“And who Derek is as a person is important,” said Rontisha Toney, whose son, Austin, plays basketball and attends Stamina Academy after school and on weekends. “He focuses on the kids as people. He’s positive. He’s patient, always smiling. After practice, the player who performs the best in character and in play gets a belt that he gets to take home for the night. That kind of stuff helps build character and let’s them know it is more than just about the game.”

Anderson is among the most respected citizens in Louisville, largely due to the class and grace he displayed during his basketball career. Now he wants more young players to follow his lead.

He told the story of one of his 13-year-old students approaching an older woman at a Louisville Dairy Queen and paying for her order. “The woman cried,” Anderson said.

“If they perform acts of kindness everyday,” he said, “it becomes a lifestyle. That’s how you make change.”

Stephen Franklin, whose 14-year-old son Miles, attends Stamina and plays for its team, said a gesture by Anderson stood out to him—and validated what he teaches the kids.

“My wife is busy, I’m busy. My daughter is in dance,” Franklin recalled. “And I called D.A [Anderson] to tell him I would be late getting Miles to practice. He shocked me when he said, ‘Want me to go get him?’

“You never hear that from a coach. He’s a great example of what he wants the kids to become. We’re a family about community service and D.A. reinforces the spirit of gratitude.”

Students can spend the night in the Stamina gym, where tents are set up on the basketball court. There is a shower, a sauna and a barber. Anderson provides food and clothes for those who need them.

He guesses he has spent about $60,000 to make phase one of Stamina Academy a reality. He is seeking funds and property to build out a full-scale campus to teach more young men.

“The plan is to make it everything I wish I had growing up,” he said.

We have to be the example, be positive, to change the way people act, the way people deal with each other,” Anderson said. “I say it all the time: Being kind is the greatest gift in the world.”  By: Curtis Bunn, Urban News Service